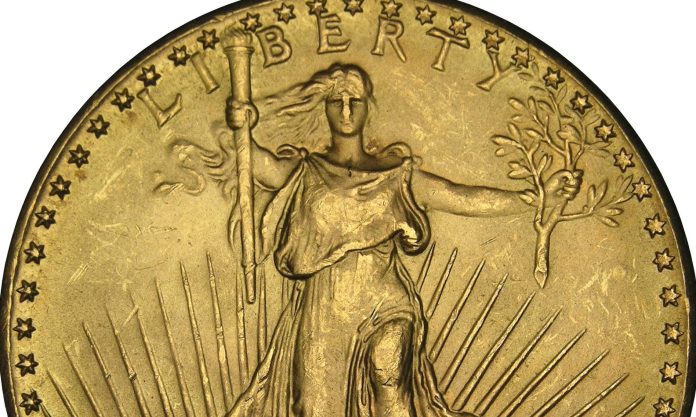 Editor’s Note:  This article, selected by JWR, was first published by Sunshine Profits, and is reposted with permission.

The FOMC hiked rates by 75 basis points in July. However, the recession drums are getting louder, and gold likes such music.

Another large interest rate hike! The Fed raised the federal funds rate by 75 basis points to 2.25-2.50%. It was the second such big move in a row, making the current tightening cycle the steepest in modern history. So, the Fed must be hawkish now, right?

Well, not necessarily. The Fed is tightening its monetary policy – and it’s doing it relatively fast. That’s true. However, the Fed hasn’t turned hawkish or restrictive yet. You see, the Fed raised rates to a merely neutral level – and to “neutral” only in the very specific meaning of “the projected appropriate target range for the federal funds rate over the longer run” (according to the latest dot-plot). However, according to the Taylor rule, the federal funds rate should be around 7% (the median) or at least 4.7%.

Hence, despite all the hawkish rhetoric, so far, the Fed has lifted interest rates from extremely accommodating rates to moderately accommodative levels. There is still much to go to reach restrictive levels. This is bad news for gold, which generally doesn’t like rising interest rates. As the chart below shows, the Fed’s balance sheet has barely declined in recent weeks, despite the beginning of the quantitative tightening.

However, it shouldn’t be long before the Fed throws in the towel and eases its stance again. In the July monetary policy statement, the FOMC admitted that “recent indicators of spending and production have softened,” and during the press conference, Powell signaled that the pace of increases will likely slow down in the near future. Additionally, the Fed got rid of its forward guidance. Then Powell said: “We think it’s time to just go on a meeting by meeting basis, and not provide the kind of clear guidance that we did on the way to neutral,” which indicates that the US central bank is very uncertain about the state of the US economy. The Fed could have provided a decisive hawkish path of rate hikes – instead, it will be data-dependent. It suggests that the Fed is worried about the recession and is preparing a justification for a dovish turn.

Last but definitely not least, the American economy has already entered a technical recession, as defined as a period of two quarters with negative economic growth. According to the Bureau of Economic Analysis, the U.S. GDP dropped 0.9% in Q2, following a 1.6% contraction in Q1. And please remember that the full effect of interest rate hikes hasn’t been felt by the economy yet. Hence, the odds of soft landing have decreased – and Powell admitted it, saying: “We know that the path [to soft landing] has clearly narrowed, really based on events that are outside of our control. And it may narrow further.”

Of course, inflation is now much higher, so the rates could go up in a more decisive way. However, it could be difficult for the heavily indebted and financially fragile economy to stomach much higher interest rates. My bet is that the Fed could raise the federal funds rate three more times by 50 basis points at best. Then it would reach its predicted level for 2023 in the last dot-plot. Given that the economy has already weakened significantly since the time of this projection, I wouldn’t be surprised if the Fed stopped its tightening cycle earlier, for example, after only two 50 basis point hikes. It could be hard to justify interest rate cuts with such high inflation, but if inflation peaks and there is disinflation, the US central bank could at least pause hikes and adopt a more dovish rhetoric. In other words, the Fed could pull the lever and divert a runaway trolley from ‘recession’, sacrificing rather high inflation than a deep recession.

What does it all mean for the gold market? Well, the US economy is going to slow down, but that doesn’t automatically mean that the Fed will bring inflation under control. Rather, we could have stagflation, which should be positive for gold prices. The July FOMC meeting could be a game-changer for gold. This is because it was the first meeting in months that wasn’t unequivocally hawkish but included some dovish signals, mainly because of the economic slowdown (or recession). In other words, there is a light at the end of this tightening tunnel. The light that could make gold shine. The deteriorating macroeconomic outlook should boost safe-haven demand for gold, while a very steep pace of hikes (that is going to slow down soon) could make gold find its bottom and start its next rally.

Note:  Sunshine Profits publishes a free gold newsletter that is well worth reading.

1780, the treatment of prisoners by British: “Tarleton’s Quarter.”