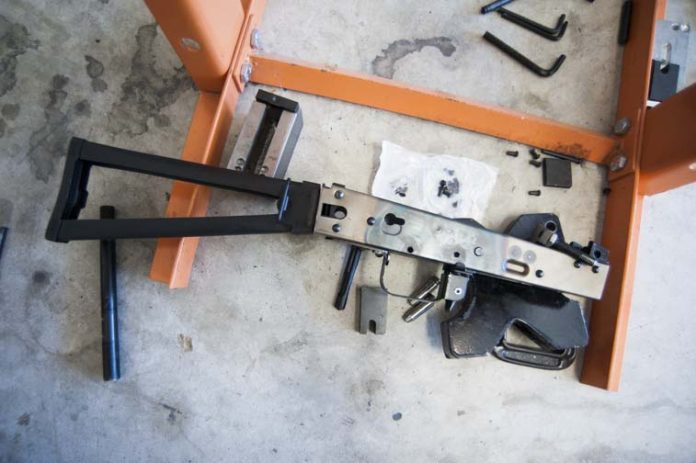 The Second Amendment Foundation is seeking a federal court injunction against enforcement of a California law restricting people from manufacturing their own firearms, which is an American tradition dating back to colonial times, and another statute written to discourage court challenges.

Joining SAF is Defense Distributed, a Texas-based company that sells a product called the “Ghost Gunner,” a general-purpose Computerized Numerical Code (CNC) milling machine that allows a home gunsmith to complete unfinished frames and receivers for various types of firearms, including the AR-15, AR-308, M1911 and AK-47.

Defendants in the case are California Attorney General Rob Bonta and Luis Lopez, director of the California Bureau of Firearms, in their official capacities. The case is known as Defense Distributed v. Bonta.

“What we’re talking about is a milling process,” said SAF founder and Executive Vice President Alan M. Gottlieb, “which is common in modern manufacturing of a wide range of products, including firearm frames and receivers. Despite the long standing tradition of personal firearms manufacture by private citizens, California has now criminalized the process.

“What’s worse,” he continued, “is that the state has enacted legislation that could financially penalize anyone, including an attorney or an entire law firm, if they seek declaratory or injunctive relief from any firearms-related California state statute or local ordinance, or even a rule or regulation by making them liable to pay attorney’s fees and costs of the prevailing party. Simply put, anybody seeking to enjoin a California gun restriction faces the prospect of liability for the state’s attorneys’ fees if the plaintiff does not win in all respects of the case, even if their case prevails on the merits, settles a claim without a waiver or voluntarily dismisses any portion of the case for any reason.”

“Under the law,” Gottlieb added, “the government is considered the ‘prevailing party’ if a court either dismisses any part of a claim or cause of action brought by a plaintiff seeking declaratory or injunctive relief, regardless the reason for dismissal, or if the court enters a judgment in favor of the party opposing the declaratory or injunctive relief on any claim or cause of action.

The federal complaint alleges depravation of rights “under color of the laws, statutes, ordinances, regulations, customs, and usages of the State of California, of the rights, privileges, or immunities secured by the United States Constitution.” Plaintiffs are represented by attorneys Brett W. Johnson, Michael Reynolds and Derek C. Flint with national firm of Snell & Wilmer, LLP.

Is run and gun better training than target shooting?