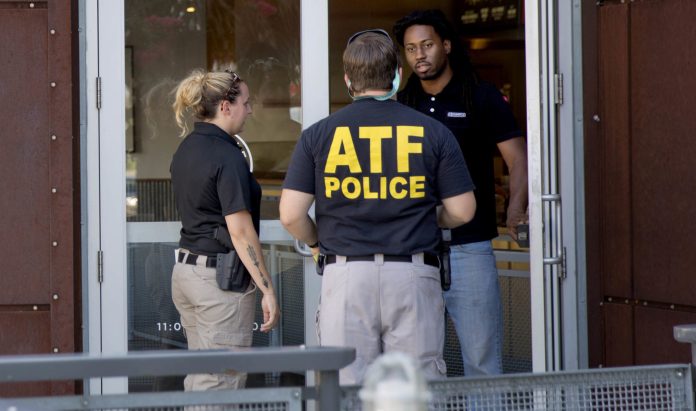 According to an exclusive story published by AmmoLand News, the ATF is about to force millions of gun owners to register their pistol braces as short-barreled rifles, which will then be regulated by the National Firearms Act.

To be clear, this is exactly the type of jack-booted thuggery we’ve come to expect from a morally bankrupt federal agency, which has outlived its usefulness.

According to the Ammoland story, the ATF calls their monumentally stupid idea an “amnesty,” because they won’t charge the normal $200 fee for an NFA tax stamp.

Of course, ATF’s new rule negates and invalidates all of their previous opinion letters, which told us it was perfectly fine and absolutely legal to install a pistol brace on our guns.

In other words, they told us we wouldn’t have to worry about politically motivated enforcement actions like this if we bought a brace, and an estimated four million people did.

Then, after Joe Biden declared war on guns, the ATF changed its mind, bent over, and four million law-abiding folks are about to pay a steep price.

What does this have to do with reducing the skyrocketing violent crime rates plaguing Democrat-run cities across the country? Absolutely nothing. This is just another way for the Biden-Harris administration to screw over legal gun owners.

In fact, this won’t impact criminals at all. It won’t even slow them down. Do you think Joe or Kamala actually believe criminals will register their braced pistols? Of course they won’t.

Once Biden shuffles off into history, I hope his replacement takes a hard look at the utility of the ATF, because I certainly don’t see any. They have yet to focus on getting guns out of the hands of criminals, because they’re solely focused on persecuting the law abiding.

This plan could turn millions of gun owners into felons overnight. There’s a word for a law or rule that instantly criminalizes the law abiding: tyranny. And tyranny is what we’ve come to expect from the ATF.

Lee Williams publishes at The Gun Writer. This post originally appeared there and is reprinted here with permission.