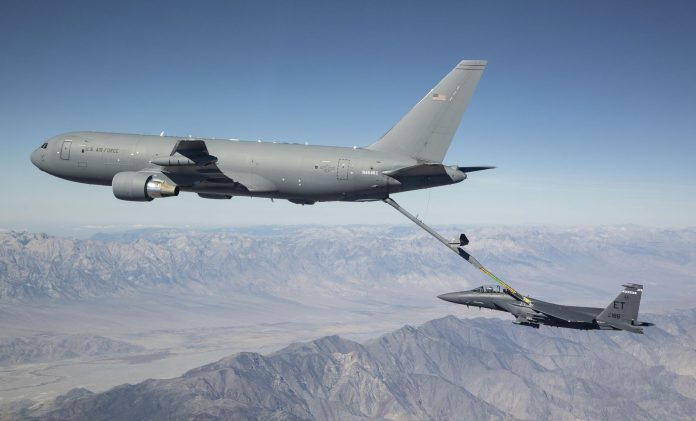 Israel’s armed forces will acquire four Boeing refueling aircraft in the coming years as part of the aid it receives from ally the United States, the US aviation giant said.

Boeing signed a $927 million contract with the US defense department on Thursday for the four KC-46A aircraft, the manufacturer’s Israeli branch said in a statement.

The planes, described by Boeing as the world’s most advanced air-to-air refueling aircraft, are due for delivery between 2025 and 2026.

They “offer Israel the possibility of refueling all active air force aircraft as well as transporting troops”, Boeing said.

Israeli Defence Minister Benny Gantz said the aircraft agreement would enable his country to “face security challenges near and far”.

“This is yet another testament to the powerful alliance and strategic ties between the defence establishments and governments of Israel and the United States,” he said.

According to local media, Israel would have wanted the aircraft to be delivered faster in case it planned to use them for any attack on Iranian nuclear facilities.

“Their late arrival shows how unlikely a strike against Iran in the coming years is,” Yossi Yehoshua wrote in a commentary in the Yediot Aharonot newspaper.

Israel is staunchly opposed to the 2015 nuclear deal that gave Iran sanctions relief in exchange for curbs on its nuclear program, viewing it as a flawed agreement.

US President Joe Biden has been seeking to revive the deal, which was left hanging by a thread after his predecessor Donald Trump withdrew in 2018.

Israel has vowed to do whatever it takes to stop Iran from obtaining a nuclear bomb, a goal the Islamic republic has always denied seeking.

In June, Israel held military exercises over the Mediterranean and Red Sea, in what Israeli media said simulated a long-range attack on Iran, including its nuclear facilities.

At the time, the Israeli military did not comment on the nature of the drills, only saying that it prepares and trains “constantly for several scenarios including threats from Iran”.