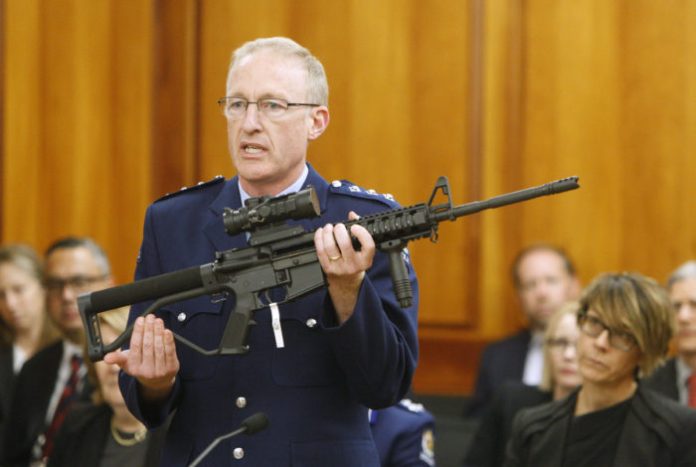 Gun control laws disarm victims, not criminals. That’s common sense to everyone but the politicians who promise peace, rainbows and dancing unicorns if only you’ll give up your guns.

New Zealand’s gun control advocates — including Prim Minister Jacinda Ardern– remain slow on the uptake of that fundamental principle of life. In multiple gun confiscation drives, the Kiwi government grabbed most of the good guys’ guns. And now, a year after the final confiscation push, gun-related violence has reached new, record levels.

Try to suppress your shock and surprise.

Remember this gem from the National Rifle Association back in February 2021?

New Zealand’s beleaguered gun owners are bracing for a second round of gun confiscations following a raft of new gun control measures enacted last summer that are set to take effect on February 1. Kiwi shooters will have until August 1 to turn over their prohibited items or face severe criminal penalties.

In order to enforce the ban, the legislation provided for a firearm confiscation scheme. As with Australia’s 1996 national firearms “buyback” program, law-abiding New Zealand gun owners were forced to turn their lawfully-acquired property over to the government for a set amount of compensation. The program ran from June 20-December 20, 2019. Compliant gun owners were treated to poor compensation and a breach of their personal data.

“Trust us,” their leaders said. By “surrendering” lawfully held guns, New Zealand gun owners would make their nation a much safer place. That was the pitch made by Ardern and her merry band of government officials.

Now, a year later, the reality has proven once again that gun control only disarms victims, not the criminals who would prey on them. The most recent data has firearm injuries and deaths at historic highs, via MSN.com . . .

Rates of injury and death caused by firearms are tracking higher than ever before.

Data released by police under the Official Information Act shows 10 murder or manslaughter deaths in 2022, up until 31 July. There were 11 in total in 2021.

Injuries are also running at a record rate, on track to exceed 300 firearm-related injuries for the first time. In 2021, there were 298 gun-related injuries recorded by police, the highest ever.

How much worse have things gotten?

Again, that’s after two rounds of gun confiscations designed to do something about New Zealand’s “gun violence.”

The gifted analytical minds at MSN did their usual stellar job of distilling the data, resulting this gem . . .

It shows a growing willingness of people to use their guns against other people.

No kidding, huh? When criminals know their victims are unarmed and helpless, that tends to embolden bad guys to act with impunity.

But don’t let reality get in the way of feelings, emotions, and liberal utopian experiments.  Surrendering your safety is a small price to pay for the (empty0 promise of security, right?

You’ll be comforted to know that PM Ardern will have plenty of armed security protecting her and her family. Those who legislate gun control for the little people typically do.

“Peace be with you all that are in Christ Jesus. Amen.”