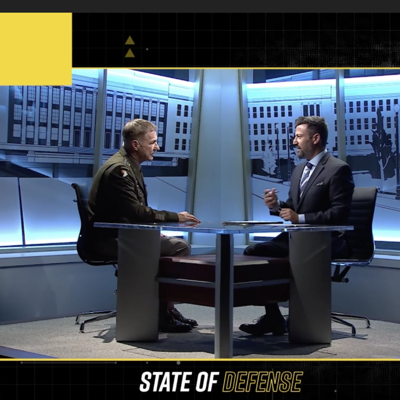 The U.S. Army will try to accommodate soldiers and recruits who want to avoid serving in states that have banned abortion, but the service’s needs come first, its top general said.

In other words, you cannot enlist and refuse to serve in Oklahoma. But you can ask.

Facing a shortfall of more than 15,000 recruits in fiscal year 2022, which ends this month, Chief of Staff Gen. James McConville said in an interview with Defense One that the Army is trying to overcome a long list of societal challenges to retaining and finding new soldiers, including plummeting aptitude test scores, poor physical fitness, and, most recently, some states’ new bans and limits on abortions. McConville and Army Secretary Christine Wormuth said in a July memo that the service expects to have 466,000 soldiers at the end of fiscal 2022, and to shrink as low as 445,000 one year from now. Their goal is to retain a force of 460,000 soldiers.

After 20 years in which the ground wars in the Middle East and Afghanistan flooded the American consciousness through front-page news, movies, and video games, Army leaders are rethinking how to sell a new generation of youth on military life.

But you can’t join the Army and refuse to serve in a state that bans abortion.

The Supreme Court decision to overturn Roe v. Wade has led 10 states to criminalize abortion immediately and freed others to enact additional restrictions. Senior Biden administration and military officials have since said the Defense Department will continue to provide some abortions in these states. But longstanding federal law forbids the military to perform abortions or to reimbursement troops for abortions performed in private facilities except in the case of rape or incest or when the life of the pregnant person is at more risk than usual. Some women’s groups—–including some veterans—–are now counseling American women to avoid enlisting in the military, which can require them to serve and live in states where abortion is now illegal.

“We’re always looking at how we can take care of our soldiers, and any impact that policy may have. We stay out of the policy mode, as you know, and the laws, and what we’re going to do is—we’re committed to taking care of our soldiers and families,” McConville said during Defense One’s State of Defense virtual event series, in an interview recorded two weeks ago and posted on Wednesday.

McConville said the Army will consider, but only consider, requests to avoid abortion-banning states as soldiers put in for their next duty and job assignments.

“We do have options where a soldier can say, ‘Hey, I want to serve in Alaska,’ and if we can meet those preferences, we will actually do that. But as far as, ‘I’m only going to serve in these states’ or ‘I’m going to do that,’” he said, trailing off skeptically. “It’s a contract…and if we can make it work, we’ll try to make it work for them.”

When asked directly whether soldiers and recruits can request a duty station purely for social-political preferences, McConville said, “We try to make sure that we’re taking care of soldiers, and at the same time if we can meet their preferences while taking care of them, of where they might want to serve, and we have a job that meets their skill set, then that’s certainly a consideration.”

McConville indicated he was aware of the warnings to women against enlisting.

“I hope that they consider joining the military. I have two sons and a daughter that serve, and I think it’s a great opportunity for everyone’s sons and daughters to have an opportunity to get world-class training, to work with world-class people, and—it’s the world’s greatest health club.”

Despite the political firestorm over abortion rights, the general said lawmakers are not leaning on the Army. In July, House Republicans skipped a hearing with military doctors to discuss the issue.

“No, I haven’t had any pressure” from Congress, he said. “All I can say, as chief of staff of the Army, is we’re just trying to take care of our soldiers and families.”

The new limits on abortion are only one factor complicating Army recruiting. American teens and young adults are flunking out of the military’s entrance test and failing physical fitness requirements at higher rates.

“Only 23% of Americans are qualified” to serve currently, McConville said. “We’re not going to lower standards. To me, quality is more important than quantity.”

Historically, two-thirds of recruits have passed the Armed Services Vocational Aptitude Battery test, or ASVAB, but lately the rate has fallen to just one-third, he said.

“I don’t have data to prove this, but some would say the last two years with COVID and virtual learning—a lot of things going on have been problematic. On the physical side, less young men and women are playing sports, so there have been some physical challenges,” he said.

Right-leaning politicians and pundits have charged, with little supporting evidence, that conservative would-be recruits are turned off by what they call Democrats’ imposition of anti-extremism, anti-racism, and pro-LGBTQ policies on the military. It’s a frequent partisan trope rolled out historically in moments of social progress, including opening military jobs and combat to women and minorities, permitting openly LGBTQ Americans to serve, and weeding out right-wing racists and extremists.

But is the Army’s current shortfall due to wokeism? Does the Army have any data on it?  McConville said he is not even wading into that debate to try and find out.

“For me, I’m staying out of the politics and that whole thought process,” he said.

Instead, Army leaders will try harder to to sell the old-fashioned “call to service” to attract the next generation of soldiers. “We’re going to spend more time making sure that the American people and American youth know about their military, and I think that’s something we’re just going to have to invest in. We’re going to put [Army] people outside their gated communities and make sure [Americans] know their Army, they know their soldiers, get with academic leaders and tell them what the opportunities are in the military.”

The chief said the Army does have data on what Americans know about the military, and it shows that Americans are still surprised when they learn about the career and life opportunities it offers.

As for politics, McConville’s reaction to the summer’s heated debate over the PACT Act—which makes it easier for some veterans to get health care—was to say simply that it shows “Americans love their veterans, they love their military and they want to take care of them.”