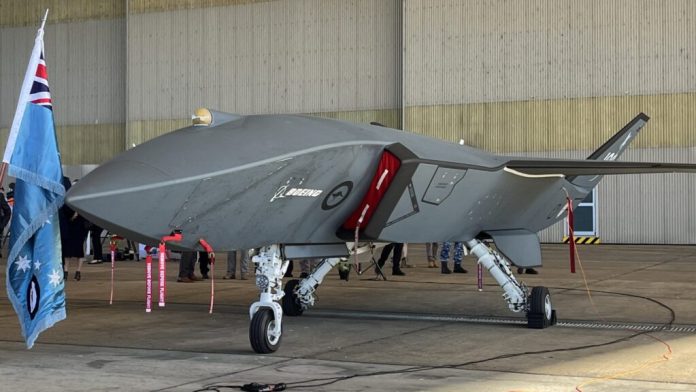 WASHINGTON — The US Air Force could kick off a competition for a drone counterpart for its sixth-generation fighter as soon as fiscal 2024, the service’s top leader said Wednesday.

The Air Force is currently having “early conversations” with industry as it prepares an acquisition strategy for a so-called Collaborative Combat Aircraft program, which would field one or more types of uncrewed aircraft as part of the service’s Next Generation Air Dominance (NGAD) family of systems, Air Force Secretary Frank Kendall said.

“We have to go get money from Congress to do this,” he said during the Defense News conference. In FY23, the Air Force has funding in place to” figure out exactly how we’re going to do this and prepare for a competition. I would expect the competition to occur in FY24.”

Few details about the program will be publicly available, Kendall added. “It’s going to be a black program. It’s still going to be classified,” he said. “We don’t want to reveal what we’re doing.”

However, Kendall dropped a few hints as to how the Air Force could structure the program, as well as which companies are likely competitors for the effort.

“We are talking to some industry partners who are already involved with the NGAD program,” Kendall said, likely referring to the three aerospace primes — Boeing, Lockheed Martin and Northrop Grumman — that are believed to be competing to build the manned sixth-generation fighter that is the cornerstone of the NGAD family of systems. The Air Force has also pulled in companies involved in the Skyborg technology development effort, which is testing a modular autonomy core that has been integrated with drones made by Kratos and General Atomics.

In terms of cost, the Air Force wants drones that are no more than half the cost of an F-35 — which would put the most high-end CCAs at about $40 million — with Kendall stating that he would like to spend “a factor less than that” because some will be lost in battle.

“The expectation is that these aircraft can be designed to be less survivable and less capable, but still bring an awful lot to the fight in a mixture that the enemy has a very hard time sorting out and dealing with,” Kendall said. “You can even intentionally sacrifice some of them to draw fire, if you will, to make the enemy expose himself.”

The ultimate price tag will depend on the mission equipment that the service decides to pack into the drones, Kendall said. Options include adding weapons, sensors, electronic warfare systems or other effects, and there is a benefit to fielding CCAs with differing mission packages.

“That’s a way to keep the cost down,” he said. “It raises the uncertainty that the adversary has to deal with, because he doesn’t know which is in any given aircraft, he has to take each of them seriously as a threat. And so whether they all carry weapons or a subset carries weapons, he’s going to treat them all as if they do. He has no choice.”

As the Air Force begins developing CCAs, the service also needs to take steps to begin learning how to use combat drones alongside fighter aircraft, including how to sustain such drones, how to structure a unit’s personnel, and how unmanned operations would be integrated into battle management, Kendall said.

Boeing’s MQ-28 Ghost Bat, which the company is developing for the Royal Australian Air Force, could be a good testbed for that kind of experimentation, he said.

“You’d be employing an integrated unit at sub scale,” Kendall said. “Not a wing, maybe a squadron, maybe less, but you’d be integrating these [drones] with existing aircraft in a way which sort of prove out some of the tactics, techniques and procedures, as well as things like maintenance concepts …and organizational structures.”