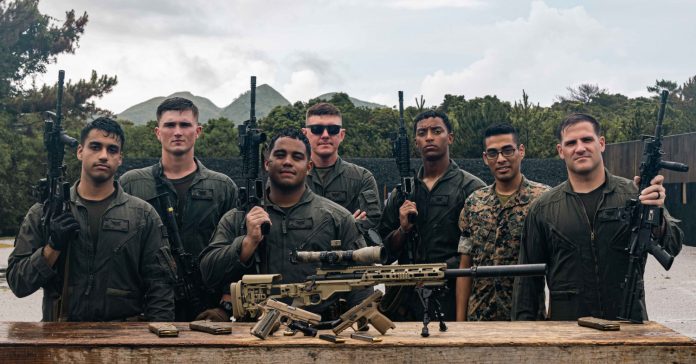 In this Photo Of The Day we have a happy team of U.S. Marines and Naval personnel with the Special Reaction Team, Headquarters and Support Battalion, Marine Corps Installations Pacific. They’re posing for photos during multiple weapons sustainment training earlier this year. The location is Camp Hansen, Okinawa, Japan. Camp Hansen is named for the Medal of Honor recipient Dale M. Hansen. Hansen was killed by a Japanese sniper’s bullet three days after his actions on Hill 60, during the Battle of Okinawa.

It looks like the team had a wet humid day, to say the least. NY Governor Hochul To Cops: ‘Anyone Carry a Firearm Is Presumed To Be Carrying Unlawfully Until Proven Otherwise’