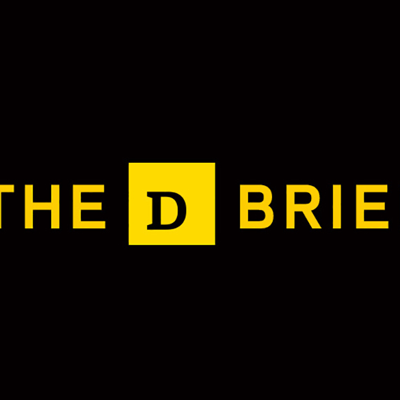 The United States is sending quite a bit more artillery to Ukraine’s military. It’s part of a new $675 million package of arms, and it comes with a related assortment of more than $2 billion in financial aid to help 18 neighboring countries “who are most potentially at risk for future Russian aggression,” according to the U.S. State Department.

Almost 200 days into Putin’s Ukraine invasion, the U.S. military is now hoping Kyiv’s troops can begin to “reclaim their sovereign territory,” as Pentagon chief Lloyd Austin said Thursday, shortly before his fifth meeting of the Ukraine Defense Contact Group, which ties together allies to help strategize in Ukraine’s defense.

“We’re here because we refuse to live in a world where big powers trample borders by force,” Austin said during that contact group meeting at Germany’s Ramstein Air Base. “Every day, we see the resolve of the allies and partners worldwide who are helping Ukraine resist Russia’s illegal, imperial, and indefensible war of conquest,” he said, and noted with an eye to the future that, “Today, this Contact Group needs to position itself to sustain Ukraine’s brave defenders for the long haul” because, he said, “we must evolve as the fight evolves.”

“So far Russian strategic objectives have been defeated,” said Joint Chiefs Chairman Army Gen. Mark Milley, standing beside Austin on Thursday. “The war’s not over,” he cautioned, before repeating that first line once more, and adding, “It’s a war; there is give and take, action and reaction, and counteraction.”

“We are seeing real and measurable gains” for Ukraine using U.S.-made weapons, like HIMARS artillery, Milley said. “The nature of war is often unpredictable,” he said; “but we are committed, along with Ukraine, to maintaining [that] they are a free and sovereign country.”

Battlefield latest: Ukraine says its troops have advanced 50 kilometers inside occupied territory around Kharkiv, in northeast Ukraine. That’s according to a statement from Brig. Gen. Oleksiy Gromov on Thursday, and it followed an advance retaking approximately 400 square kilometers of ground in the region on Wednesday, according to the Institute for the Study of War, which called that operation “an opportunistic yet highly effective counteroffensive northwest of Izyum.” Otherwise, a vast array of strikes and counterstrikes took place across the east and the south in the past 24 hours; and those are enumerated in greater detail by the Ukraine military’s general staff, here.

Worth noting: Russian officials had been eyeing a closer date for those votes, including by mid-September. But recent setbacks appear to have helped push the new targeted date back nearly two months, as ISW writes, citing “continued failures to impose their authority and the disruption of ongoing Ukrainian operations.”

War crimes watch: Gain a better grasp on how Russia is forcefully deporting Ukrainians via an overview of the Kremlin’s “filtration operations,” summarized succinctly in one mapped illustration produced this week by the U.S. State Department and shared by Deputy Spokesman Vedant Patel on Wednesday evening.

Ukraine’s Supporters Aim to Create Long-Term Aid Mechanisms // Patrick Tucker: Leaders from NATO, the U.S., and others will gather to discuss ideas on Thursday.

After Roe, ‘We Do Have Options’ to Avoid Anti-Abortion States, Army Chief Says // Kevin Baron: As ever, soldiers can indicate their station preferences—but the Army’s needs come first, Gen. McConville says.

Welcome to this Thursday edition of The D Brief, brought to you by Ben Watson and Jennifer Hlad. If you’re not already subscribed to The D Brief, you can do that here. And check out other Defense One newsletters here.

U.S. Army Futures Command could get a new leader soon. Army Under Secretary Gabe Camarillo announced during a Defense News conference panel Wednesday that Lt. Gen. James Rainey has been nominated to be the next commander of Army Futures Command, a position that has sat vacant following the retirement of its first commander Gen. John Murray in December. The command is undergoing a period of turbulence about its role in the Army’s modernization efforts. More on that, via Defense News, here.

The Pentagon has stopped deliveries of new F-35s after learning an alloy used in magnets in the 5th-generation fighter’s engine was made in China, Bloomberg’s Tony Capaccio reported Wednesday. An alternative source for the alloy has already been identified for use in future jets, and the issue will not affect the F-35s the U.S. had already accepted, because “the magnet does not transmit information or harm the integrity of the aircraft and there are no performance, quality, safety or security risks associated with this issue,” a Pentagon spokesman told Bloomberg.
The Defense Contract Management Agency is looking into how a Chinese alloy ended up in the F-35’s engine in the first place, and “if the government determines Lockheed Martin violated the Buy American statute, the company would need a national security waiver for deliveries to resume,” Politico reports.

In North Africa, a fighter jet arms race, with Russia and the US on either side