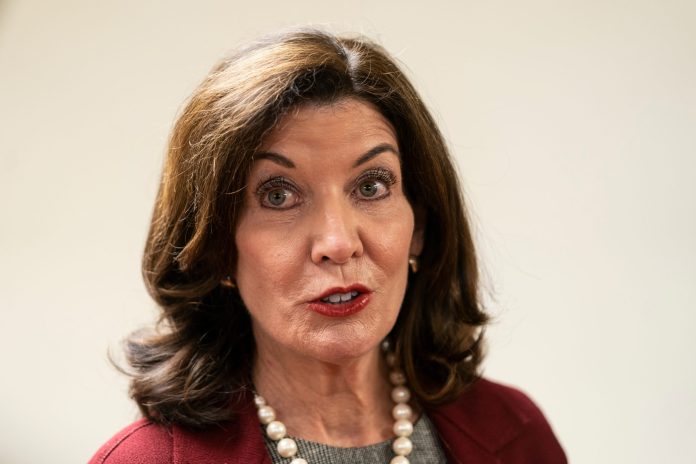 Essentially, the judge found all of the major elements of the new [New York Concealed Carry Improvement Act] violate the constitutional rights of law-abiding gun owners who have gone through the state’s extensive vetting process to be able to carry a concealed weapon to protect themselves and others.

Maybe that’s why, at a news conference with Hochul last week, New York City Mayor Eric Adams bragged about police recovering 4,700 illegal guns so far this year. Like the carnival huckster distracting the shell-game dupe, he was talking about criminals – not the law-abiding gun owners the CCIA targets. Neither he nor Hochul nor any other politician has come up with any such numbers to show that legal permit holders are a problem.

Yet that’s who they are going after with a law whose major provisions a federal judge has warned violate the U.S. Constitution.

Attorney Stephen Stamboulieh said the plaintiffs are still examining their options. Presumably, that means either appealing or filing a new case that satisfies the concerns about “standing.”

Either way, Suddaby has made clear what should have been clear all along to New York officials.

Granted, individual district judges have been known to go rogue before being reeled in by higher courts. But Suddaby’s analysis is so grounded in the rationale of the U.S. Supreme Court’s June decision that it’s hard to imagine it being rejected barring a wholesale change on the high court.

That makes it just a matter of time before New York’s unconstitutional law – just like the previous one – is struck down. The only question is: How many lives of law-abiding gun owners will Hochul and the Democrats put at risk in the meantime?

How to Survive North Korea in 7 Foolproof Ways