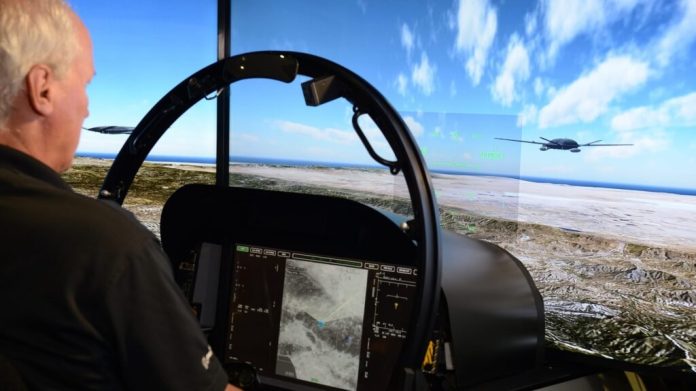 WASHINGTON — Boeing has successfully demonstrated for the first time the ability for the P-8A maritime patrol aircraft to take control of the an MQ-25 Stingray drone mid-flight, as part of a virtual demonstration hosted earlier this year for dozens of Navy, Air Force, Pentagon and foreign military officials.

The event was a follow-up to a demonstration to one the company held last year which showed how the Stingray, the Navy’s new carrier-based, unmanned aerial tanker, could be controlled by an F/A-18 Super Hornet or E-2D Advanced Hawkeye pilot mid-flight while performing its core tanking mission.

This year’s simulation, which took place in the spring but was only revealed this week, added the P-8 Poseidon to a mix that also featured four MQ-25s, an F/A-18 and an E2D. Unlike the previous demonstration, this one concentrated on the Stingray’s secondary mission of intelligence, reconnaissance and surveillance, as opposed to refueling.

“A Boeing-led team virtually demonstrated how other aircraft can use MQ-25’s architecture and task it to conduct tanking and intelligence, surveillance and reconnaissance (ISR) missions — all within the mission airspace and without traditional communications with the ship-based ground control station,” according to a Sept. 6 Boeing statement.

The MQ-25 Stingray is a crucial Navy program of record on multiple fronts. Its first and foremost task is to relieve the F/A-18 Super Hornet fleet from the refueling mission, a key element to the service’s plan for finally overcoming its longstanding strike fighter shortfall. MQ-25 is also breaking new ground for the Navy as an unmanned, carrier-based aircraft, an idea the service has experimented with for years without transitioning to active service.

Another change in this year’s demonstration was the fact Boeing developed and used the actual autonomy framework planned for MQ-25, Don “BD” Gaddis, a Boeing executive overseeing the MQ-25 program, told Breaking Defense in an interview today,

The value in pilots being able to task MQ-25s mid-flight lies within a core assumption the Navy — and more broadly the Pentagon — has about the future battlefield: all communications will be subject to attack. The shipboard controllers may not always have contact or permission to communicate with the MQ-25 depending on the situation. If that’s the case, then a pilot of a nearby manned aircraft may need to redirect the unmanned tanker without assistance from the ship.

For now, the demos remain just that: demos, as opposed to being incorporated into the Navy’s official program of record. But Gaddis insisted the capability is an imperative for MQ-25 to operate successfully.

Prior to the virtual demonstrations, Boeing and the Navy have racked up multiple successful real-world refueling demonstrations with the company’s prototype aircraft, dubbed T1, a key element to the Boeing’s strategy for winning the competition to build MQ-25 in 2018. But nailing a successful hand-off of control over the drone, mid-flight, has yet to happen in the real world.

Four years on, the Navy’s budget justification documents now project the service will begin ramping up production of the tanker in the coming years, to the tune of $720 million per year for 76 planes over the life of the program.

In the background of Boeing’s testing, the Navy is also preparing its carriers for the first operational MQ-25 squadrons, a goal the service currently hopes to reach in 2026.