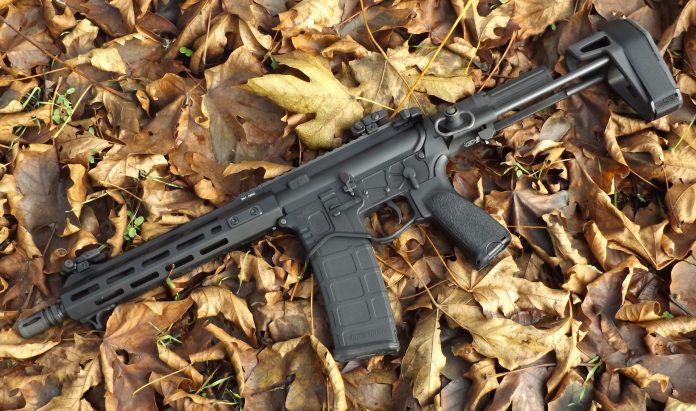 I recently had a consulting client ask me about the recent inadvertent “pre-announcement” of an ATF amnesty registration of arm-brace-equipped pistols. The following is a more detailed and updated version of the information that I provided that client:

There are somewhere between 3 and 5 million arm-braced pistols in circulation in the United States. Compare that to the just 300,000 to 400,000 bumpfire stocks that were ordered to be turned in or destroyed, during the Trump administration. (Without compensation.) Arm braces were formerly blessed by the ATF as perfectly legal, but they later changed their minds, and they are soon to be declared felonious contraband. (Can you spell “arbitrary and capricious” boys and girls?)

From all that I’ve read, and based on a conversation with a knowledgeable firearms attorney, I can fairly safely surmise:

I should also mention five ways to avoid the planned registration requirement:

A.) Removing the arm brace, and going back to the pre-2003 style “plain round buffer tube”.  Note that if you were also in possession (anywhere in your home, or property under your control) of a compatible arm brace, then that could be deemed to be “constructive intent.”

B.) Removing the arm brace, and instead installing either of a couple of ATF-approved alternative devices that are NOT classified as “arm braces”, as shown in this video. The Pistol Storage Device (PSD) sells for about $80.

D.) Permanently attaching a NFA-registered suppressor of sufficient length to give the gun 16 inches of barrel unit length.

E.) Permanently attaching a barrel extension or other muzzle device (i.e. flash hider, muzzle brake) that would increase the barrel unit length to 16″ (or longer). I predict that there will be a lot of XM177E2 (aka “CAR-15”) lookalikes out there, real soon. OBTW, I hope that Witt Machine starts making  5″, 6″, 7″, and 8″ versions of their non-NFA SME “sound forwarder.” They would surely sell a gazillion of them. (Hint-hint.)

With options C., D., or E., you have the option of installing the stock of your choice, or just leaving the brace in place, since the ATF has effectively declared them “stocks”, and you are legally creating a rifle from a pistol. But note that it is illegal to create a pistol from a rifle, in the United States.

Note: To the ATF gnomes, “permanently attaching” a muzzle device or barrel extension means welding or high-temperature silver soldering. Any other method of attachment (such as epoxy or low-temperature solder) would be deemed a NFA violation.

One nagging question is obviously: Is this a trap?  Here is a video with one well-informed attorney’s opinion: Is Pistol Brace Amnesty About to Become the Biggest Trap Ever Set? If that is possible, then instead of registering your arm-braced pistol, I’d recommend replacing your brace with an ATF-approved alternative device (see option B.) or converting it to a rifle configuration. (See options C., D., and E..)  – JWR

“Redeeming the time, because the days are evil.”

[How-To] Prep on a Budget: Save Money While Prepping