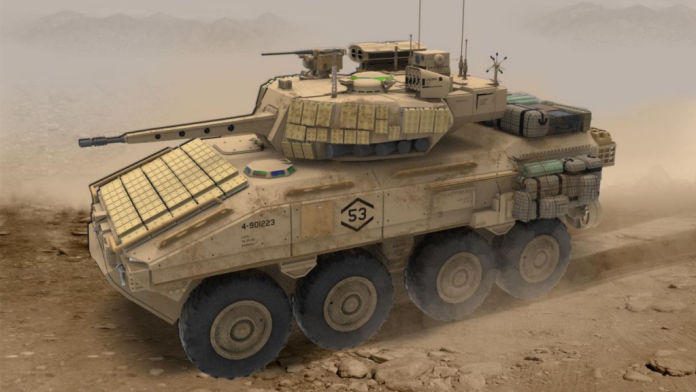 The Office of Naval Research’s program to prototype future Armored Reconnaissance Vehicles for the Marines was among the OT contracts reviewed by the DoD Inspector General. (Image: Marine Corps)

Corrected Sept. 26, 1:02 pm EST to explain that OT authority is not a subset but a similar acquisition tool to MTA.

WASHINGTON — While a recent audit of the Pentagon’s use of nontraditional Other Transaction (OT) authorities in contracting showed no illegalities, the Defense Department’s internal watchdog found significant holes in policies for ensuring compliance with federal law — lacunae that could easily have resulted in violations.

“Defense Pricing and Contracting …  has agreed to develop and implement recommended guidance in the update to the Other Transactions (OT) Guide [PDF], which is currently planned for release by the end of the calendar year (2022),” the spokesperson said.

The Office of Inspector General (OIG), in a Sept. 8 audit, found that “DoD needs additional policy to ensure agreement personnel take the necessary steps to verify the requirements of the laws are met before making the award,” an OIG spokesperson told Breaking Defense.

The objective of the review, titled “Audit of DoD Other Transactions and the Use of Nontraditional Contractors and Resource Sharing (DODIG-2022-127),” was “to determine whether the DoD awarded Other Transactions (OT) for prototypes in accordance with applicable Federal laws and DoD policies,” according to the audit report.

OT awards, also known as OTAs, are another tool like Section 804 Middle Tier of Acquisition (MTA) authorities originally created by Congress in 2016 to allow rapid prototyping and/or rapid fielding of breakthrough technologies in part by waiving certain requirements of federal acquisition law for measuring performance. Under MTA, program managers can forgo a number of oversight activities such as certain planning reports and independent cost assessments. Thus the use of those authorities is increasingly popular with Pentagon developers trying to move “with speed” as DoD leaders routinely intone, but it is also increasingly drawing scrutiny from lawmakers and oversight officials.

For the most recent review, OIG review looked at 34 standalone prototype awards valued at $5 billion — a “subset of a universe of 889 standalone prototype OT awards” from a list of fiscal years 2019 and 2020, worth $23.58 billion, provided to Congress by the Office of the Under Secretary of Defense (Acquisition and Sustainment) in a report required by the National Defense Authorization Act for 2021.

One of the programs reviewed, for example, was the Office of Naval Research’s Armored Reconnaissance Vehicle (ARV) Research Area 2 Full System Technology Demonstrator. The ARV effort involves multiple variants for use by the Marine Corps, with General Dynamics and Textron now building final versions for the service to evaluate in December. The OIG initially found that the Navy had incorrectly awarded some $800,000 under the program, but the Navy was “able to locate a letter” after the audit was finished “documenting” the award was appropriate, according to the OIG’s report. The Office of Naval Research did not respond to a request for comment.

The OIG spokesperson explained that Section 2371b of Title 10 “allows for one of 4 conditions for a prototype OT award.” But, the audit report found that DoD rules contain “no requirement to validate that the contractor met those conditions (other than saying they are nontraditional contractors (NDC)) or document that agreement personnel verified the contractors status in the files.”

While this latest audit of Pentagon use of non-traditional contracting methods did not look at OT awards made by public-private consortia, an OIG report from April 2021 [PDF] did — and found even more reason for concern about lackadaisical oversight. According to that report, “DoD contracting personnel did not always plan and execute OTs awarded through consortiums in accordance with OT laws and regulations.”

The audit comes after lawmakers on both sides of Capital Hill raised concerns about the growing Pentagon use of MTA, including OTs, for rushing prototypes to the field. Congress’s own watchdog agency, the Government Accountability Office (GAO), also has raised red flags over the past several years.

Lawmakers and watchdog agencies have fretted about DoD using OT awards not just for prototyping, but instead to more rapidly field already operational systems; the failure by some services (especially the Air Force and Space Force) to fully fund MTA programs over their short life cycles; and the dodging of oversight for major programs of record by using multiple MTAs for different parts of the system.

How to Age Whitetail Deer on the Hoof