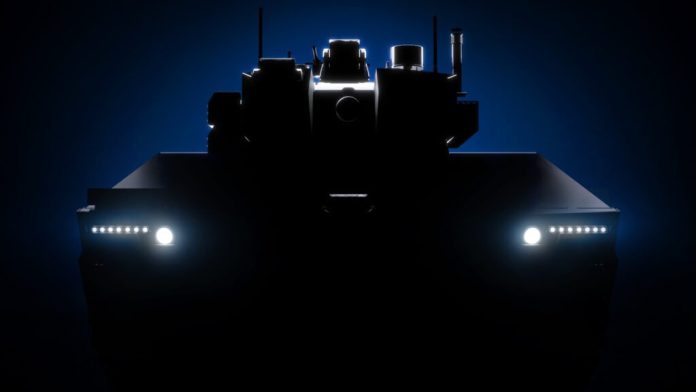 WASHINGTON — As the Army prepares to weigh industry proposals for its Optionally Manned Fighting Vehicle (OMFV), American Rheinmetall is betting that software capabilities from a young defense start-up could propel its offering to victory.

Earlier this month, American Rheinmetall and Anduril, a relatively new defense company, announced that they had formed a partnership on the vehicle manufacturer’s proposal for the OMFV competition, a vehicle that will rely heavily on software to fuse and distribute data to soldiers.

“It was a logical fit for some of the toolsets that we want to bring in where we can help enable and automate decisions, we can provide enhanced situational awareness through sensor fusion,” Matt Warnick, managing director at American Rheinmetall, told Breaking Defense in an interview last week. “All of that requires management of data and organization and structuring of data. And Anduril’s an exceptional organization to do that.”

The OMFV, which is replacing the Army’s decades-old Bradley Fighting Vehicle, will be different from current Army vehicles in several ways. The “optionally manned” aspect of the vehicle means that it is designed to still perform remotely controlled operations and can run autonomously. The Army also wants to be able to easily and rapidly upgrade the OMFV in the future, putting a focus on open software. Zach Mears, Anduril’s head of strategy, said Rheinmetall’s view of the open architecture component of the design was a big draw.

“The approach that the Rheinmetall team has taken to not just building that architecture into the vehicle, but having it as a core element of what we’ll ultimately deliver an a proposal to the Army in the fall is something that that we think is differentiated,” Mears told Breaking Defense.

Industry proposals for the OMFV competition are due Nov. 1 and the Army plans to select “up to” three vendors for its for phases three and four during the second quarter of fiscal 2023. The third and fourth phases are detailed design and prototype build/test phase of the program and are worth a combined $903 million if all options and adjustments are exercised.

There are at least four other primary companies interested in the OMFV competition, as phase two of the competition included BAE Systems, General Dynamics Land Systems, Oshkosh Defense, Point Blank Enterprises, in addition to Rheinmetall. Brig. Gen. Glenn Dean, program executive officer for ground combat systems, hinted to reporters in July that there may be other prime contractors interested in the OMFV contest as well.

The American Rheinmetall team itself also includes Textron Systems, Raytheon Technologies, L3Harris Technologies and Allison Transmission. Warnick declined to get into the specific lines of effort under the Anduril partnership for competitive reasons, but provided some insight into how Anduril fits into their overall Team Lynx effort.

“They have a significant role in terms of … helping optimize how we present data and information to the crew,” Warnick said. “How do we aid them? How do we improve that?”

That’ll be an important effort if the partnership wants to ultimately win the contract. Speaking about OMFV high-level requirements at the Eurosatory show in Paris in June, Dean noted that the vehicle must have a two-person crew, down from three on the Bradley, and must provide soldiers with improved situational awareness if there’s one less member of their crew.

Warnick said that requirement is a major reason Rheinmetall was drawn to Anduril, with their experience with detection and classification of drone threats and work on decision aid software.

“You have to pull that [battlefield] information together and that’s going to be predicated on software,” Warnick said. “When you look at our approach to the to soldier crew and our crew stations, obviously that’s where you’re bringing it together. So software becomes critical.”

Mears added, “we feel like the partnership that we have, and how we’re thinking about the architecture behind the two soldier crew, will meaningfully enable the Army to have the capability that it’s rightly seeking in this vehicle.”

It will still be years before OMFV is fielded. Low-rate initial production isn’t scheduled until the end of FY27, with first unit equipped scheduled for FY29.

Under the service’s current plans, there will be six OMFVs per platoon. Dean said in July that the Army will establish how many OMFV vehicles it will buy during phases three and four.

“The Army is still kind of working through some reorganization constructs for its Armored Brigade Combat Team,” he said.