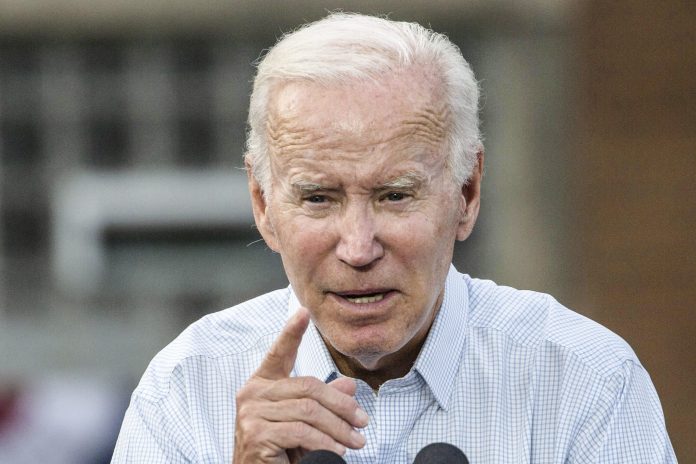 President Biden repeatedly lies about the capabilities of firearms, the historical treatment of gun ownership, and the legal status of the industry that serves public demand for firearms. He does so while pushing restrictions on guns based on those misstatements. And he’s seemingly immune to correction.

“Every U.S. president has a responsibility to get American history correct, especially when he’s using a supposed history lesson in service of a political objective,” The Washington Post’s Glenn Kessler warned last year. “The president’s push for more gun restrictions is an important part of his political platform, so he undercuts his cause when he cites faux facts.”

“Those false statements can be dismissed as just another gaffe or ‘Corn Pop’ story, but they refer to the factual foundation for gun control under the Second Amendment,” added George Washington University Law School Professor Jonathan Turley after the most recent fabrications. “Since President Biden is suggesting that such facts are material to a ban, there is a need for accuracy in such details.”

At this point, after multiple ignored corrections, it’s a stretch to pretend that the president’s misstatements are accidental; he obviously doesn’t care about their truth. What’s important to him and his supporters is achieving their policy goals, even if they have to lie to do so.

Of course, government lies aren’t new. The FBI was recently caught lying (again) to steal property from safe deposit boxes. The drug war was largely based on lies, year after decade. So were many wars including those in Vietnam and Afghanistan. Someday we should tally the cost in lives and wealth of officials making things up to get their way.

This is especially maddening as government appoints itself to police “disinformation” and “misinformation” that is often just disagreement with the powers-that-be. The message seems to be that the public better not argue with officialdom, but they can just lie at will to get their way. Inevitably, government is the worst offender when it comes to distinguishing truth from falsehood.