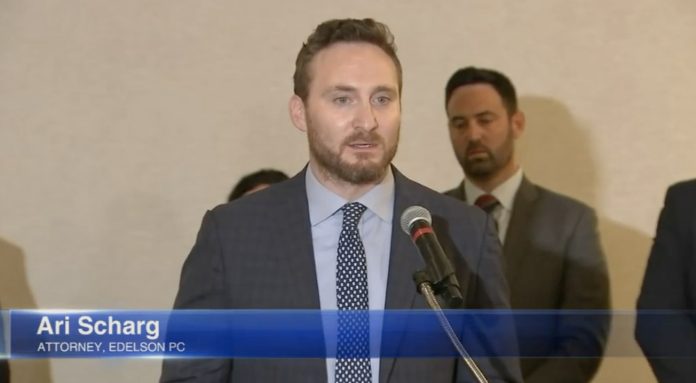 The ongoing effort, orchestrated by anti-gun organizations, to scapegoat gun makers for the violent actions of homicidal delinquents continues this week as Smith & Wesson is now being sued by the victims of the 2022 Highland Park attack.

“The mass shooting at Highland Park’s Fourth of July Parade was the foreseeable and entirely preventable result of a chain of events initiated by Smith & Wesson,” the lawsuit says.

“For years, the manufacturer has deceptively and unfairly marketed its assault rifles in a way designed to appeal to the impulsive, risk-taking tendencies of civilian adolescent and post-adolescent males-the same category of consumers whom Smith & Wesson has watched, time after time, commit the type of mass shooting that unfolded again on the Fourth of July in Highland Park,” it continues.

Seven individuals were killed and 48 were wounded in the July 4th attack.

The perpetrator of the attack had a troubled history that was well documented.

In 2019, Illinois State Police (ISP) filed a “Clear and Present Danger” report after the individual made threats to “kill everyone,” including himself.

ISP seized 16 knives, a dagger, and a sword from the individual that year but he was not charged with a crime.

In 2020, the individual obtained a FOID card (Firearm Owners Identification card) and went on to purchase several firearms.

Clearly, existing gun control laws and the administrative state failed to keep firearms out of this individual’s hands.

One can argue that while the vast majority of the blame falls on the killer himself, the state may in fact bear some responsibility for its role in allowing this deeply troubled individual to purchase arms.

This is especially true for a state that actively chills 2A rights while simultaneously touting the effectiveness of robust gun regulations as a means to stop these very tragedies.

But attorneys for the plaintiffs aren’t pointing the finger at ISP nor the politicians in power, instead, the focus is solely on the unfairly maligned gun industry.

“The gun industry targets its advertising to a subset of consumers — like the shooter here — that it knows are impulsive and prone to violence,” said H. Christopher Boehning, litigation partner with Paul, Weiss, Rifkin, Wharton & Garrison LLP.

“Time and again, they have seen their products used in mass shootings.  Yet manufacturers like Smith & Wesson refuse to take even the most basic steps to address their dangerous sales and marketing practices,” he continued.  “That’s because those practices sell more weapons and, indeed, the outcry that follows every mass shooting only improves their bottom line.”

Federal law, under what’s known as the Protection of Lawful Commerce in Arms Act (PLCAA), currently protects firearm manufacturers and retailers from being held liable for criminal acts committed by third parties.

The PLCAA certainly applies in this case. But legal analyst Gil Soffer told ABC7 that the lawsuit is an attempt to circumvent the PLCAA.

“What we’re seeing here is a creative effort to get around that law and to allege deceptive advertising in the hopes that that will be sustained by the court,” Soffer said.

While it’s likely that the case will eventually get thrown out, the problem is it still is a financial hit for Smith & Wesson. As they’ll have to fight it and attorneys aren’t free.

Which is, of course, part of the point of the lawsuit. That is, short of scoring a legitimately legal victory, Everytown Law would love nothing more than to create a forever war in the courts to drain precious resources from gun manufacturers.

Create a war of attrition, in other words. And, Everytown Law knows that with billionaire Michael Bloomberg backing them, they have plenty of money to wage it.