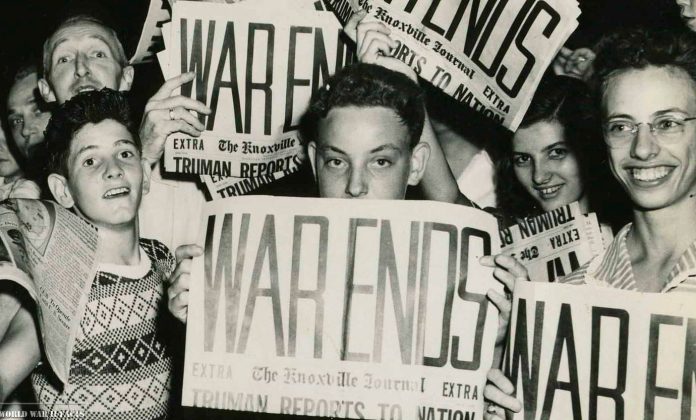 I have a somewhat different view of the war between Ukraine and Russia. This starts off with some rambling so just relax. I’ll get to the point.

I refer to myself as a semi-prepper sine we live in a nice suburb about 24 miles (~17 miles as the crow flies) from where our daughter and family live in a major southern city (they are about 2.9 miles from the city center). This is not the ideal location as far as I’m concerned but our grandchildren are that important to us, we are not moving even though I feel something will hit the fan, sooner not later. Our kids can figure it out; we have to be here for our grandchildren, regardless of circumstances.

We have tried to anticipate shortages and are well prepared with food, firearms and ammunition, some medicines, and training. Please note, though there are many manufacturers of ammunition, that will be the next woke, liberal wombat attack as the industry is somewhat concentrated, large manufacturers have many names, Vista Outdoors owns Alliant Powder, CCI, Federal, Remington and Speer, many names but concentrated in a few companies. The Biden administration announced — and then withdrew — plans to stop the civilian sale of .223/5.56 ammunition manufactured at the Lake City from the GOCO (government owned/contractor operated) that Winchester has the current contract for. The plan was dropped, at least for now. But wait until after the November elections.

Food: Many previous articles mention the LDS Mormon stores, which I have used. But their online store is reasonable and quick.

We have relatives who adopted two very young children from the Ukraine more than 20 years ago. When the children arrived here at home, there were significant adjustment problems. One surprise was they both hid food under their beds, in drawers, in clothing, and anywhere else that they thought was safe. This was a minor adjustment. Our relatives spent months in the Ukraine. They were stunned by the perverse corruption, even at the level they were dealing with. Ukraine is one of the most corrupt countries in the world, much like the US.

This animated map video (3 minutes and 38 seconds) is informative. Watch how 1,000 years of European borders change. Time Lapse Map.  You don’t have to watch it all, you can slide along. What does this really show?

Dwight Eisenhower warned of the military-industrial complex, similar to the Big Pharma industrial complex. He was correct. The last “good” war we stabilized was the Korean War. But just six months before the North invaded the South, Dean Acheson, the US Secretary of State announced that Korea was not in our sphere of influence. Our military response to the invasion was underwhelming as we were not prepared, nor were the US troops stationed nearby in Japan at the time.

The “surprise” invasion by North Korea was in some ways similar to the Japanese attacks on the Philippines and Pearl Harbor in December, 1941. Easy shooting and bombing for the Japanese. In the Philippines, US troops were not allowed to fire on attacking Japanese planes as war had not yet been declared. Prior to the attack on December 7, 1941, FDR moved the Home Port of the Pacific Fleet from San Diego, California to Hawaii in the summer of 1940 in an attempt to intimidate the Japanese from continuing their brutal assault on China. The Japanese looked at the world in the 1930s and determined that it was their turn. After all, the US, Britain, Germany, France, Holland, and others all had carved out their empires, it was Japan’s turn. As I think about it, Japan was only doing what we were doing, just a little later in time.

But don’t worry, crony capitalism was working well in the 1930s as we sold steel to the Japanese for their naval fleet knowing full well they may become our enemy in the future.

A September 21st headline: Zelensky to U.N.: ‘Formula for Peace’ in Ukraine Begins with ‘Punishment’. This is a good one and very offensive. I believe we are being used to fight Russia using Ukraine as a proxy. We have already committed to Ukraine as much as Russia’s annual military spending budget. Russia’s GDP is only 10% of that of the US. In 1928 the Nazi party got less than 3% of the national vote. Some historians claim that the depression and the burdensome payments Germany had to pay to the Allies after WWI bankrupted Germany and this led to Hitler’s rise. Note: Following WWII when Japan, Italy, and Germany were defeated, the Allies treated them differently and demanded minimal reparations. Peace was restored.

On to more US war involvement:

We were in Afghanistan for just shy of 20 years and none of our military leaders realized it would collapse, nor did the CIA or State Department. Our government is a government of “cooperate and graduate”, rock the boat and your pension and career are over, better be woke, too, et cetera.

When Salvador Allende, a democratically elected communist leader of Chile, committed suicide (speculation it was suicide), surprisingly he wanted to nationalize the phone system, which AT&T owned. Some have speculated the CIA helped him to commit suicide.

Three days after we left Lebanon in humiliation (after over 240 Marines were killed in a suicide bomber attack), Ronald Reagan ordered an invasion of Granada to chase the communists away. Diverting attention from issues seems to be a particular proclivity of our Presidents – Republican or Democrat. I remember when Clinton declared we are going to bring democracy to Somalia. I looked up Somalia. They are clan-oriented, few have any formal education and their loyalty was to the clans, not to any government. Read Blackhawk Down by Mark Bowden. In that book, he describes the animosity between Boutros Boutros Gahli (head of the UN) and Adid, the Somali warlord. Clinton led us into this one.

Current membership consists of 30 countries. In addition to the 12 founding countries, four new members joined during the Cold War: Greece (1952), Turkey (1952), West Germany (1955,) and Spain (1982). In 1990, the territory of the former East Germany was added with the reunification of Germany. NATO further expanded after the Cold War: Hungary, Czech, and Poland (1999), Bulgaria, Estonia, Latvia, Lithuania, Romania, Slovakia and Slovenia (2004),  Albania and Croatia (2009), Montenegro (2017), and North Macedonia (2020). Of the territories and members added between 1990 and 2020, all were either formerly part of the Warsaw Pact (including the former Soviet Baltic states) or territories of the former Yugoslavia (which was not a Warsaw Pact member). No countries have left NATO since its founding. Sweden and Finland now also want to join.

NATO has surrounded the Western portion of Russia. Please note that Western European countries have attacked Russia four times in just over 200 years: Napoleon, then about 41 years later Britain and France attacked the Crimea (though they were mortal enemies at the time of Napoleon), and WWI, and WWII. It is no wonder that the Russians are paranoid.

Take a look at this video as it shows NATO moving East. Russia had used the Warsaw Pact as a buffer, as they were tired of being invaded by Western Europe.

We seem to be doing a lot of peacekeeping!

Panama under Noriega was an especially odd situation. Look him up in Wikipedia (the left-wing online encyclopedia). He worked for years for the CIA, when he was no longer useful, we attacked, destroying a poor section and killing many poor people. The goal was to stop the drug trade, it worked so well.

I remember watching Madeline Albright being interviewed by Leslie Stahl. Stahl asked her if it was okay to impose sanctions on Iraq that killed over 500,000 children. Albright gave thought to the question and said on balance it was the right thing to do.

If I had been an Iraqi father or grandfather, I would have spent a lot of time thinking about revenge, as have Afghans and others who saw the collateral damage of drone use.

Armed drone use is a coward’s way of killing a lot of innocent people and a few bad guys.

Putin has never failed to do what he said he would. He has said he will use nuclear weapons. If he is cornered, then he will. Note the number of people falling out of windows lately, in Russia.

Jackson, Mississippi has a potable water problem. The city has no safe drinking water, and water is being delivered. The city has a population of 150,000 people with about 78% of them black. We can send $60+ Billion to Ukraine, but other than platitudes, the City of Jackson gets nothing and these are American Citizens! We are now effectively a Third World country. A recent headline at Breitbart.com: The Senate advanced on Tuesday a stop-gap spending bill that allocates $12 billion in aid to Ukraine and $3 billion for Afghan resettlement.

So what’s the end game here?
1. Europe has no fossil fuels to speak of. Russia has a lot. Maybe that’s the end game: get Russia’s fossil fuels, we are paying the bill for that with the war in Ukraine. My guess is that we will pay for the reconstruction of Ukraine, too.
2. We all know that wind power and solar power and battery-operated cars will not cover all our needs.
3. The United Nations has published Agenda 2030.
4. Maybe our resolve in Ukraine is to show China that we will support Taiwan?
5. Who knows?

So, what exactly does the United Nations plan to do with Agenda 2030? According to The 2030 Agenda for Sustainable Development Primer, “At the heart of the 2030 Agenda are five critical dimensions: people, prosperity, planet, partnership and peace, also known as the 5P’s.”

The 17 Goals of Agenda 2030
In order to achieve the 5 Ps, 17 Sustainable Goals were created by the United Nations. Here are the globalist goals directly from the 2030 Agenda for Sustainable Development:

Keep in mind that each goal also contains several targets, as well. For example, Goal 2 includes, “2.1: By 2030, end hunger and ensure access by all people, in particular the poor and people in vulnerable situations, including infants, to safe, nutritious and sufficient food all year round.” Goal 16 includes, “16.9: By 2030, provide legal identity for all, including birth registration.”

There are 169 targets total, all of which break down goals in this way.

Perhaps instead of us, the rich oil countries of the Middle East can give some money to the Palestinians to help them. Maybe they prefer ongoing hatred of Israel because if there were peace between Israel and the Palestinians, then their citizens may look at their rulers differently.

Consider reading the book: The March of Folly – From Troy to Vietnam, by Barbara W. Tuchman. It’s only 411 pages with only an additional 61 pages of references and an index of 21 pages all in small print. Political leadership at the time in Vietnam realized we were going to lose, and it only cost over 56,000 American soldiers and over 1,000,000 lives of Vietnamese, Laotians, and others.

Some have postulated that in our wars since Ronald Reagan about 6,000,000 people have died. We will answer to the Lord for this.