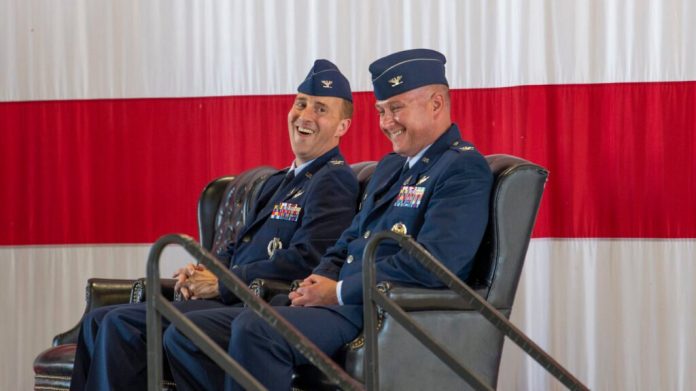 AMOS 2022 — The Space Force’s Delta 2, responsible for space domain awareness, is still working to figure out how commercially supplied satellite and debris monitoring data can be routinely used by Space Command in keeping an eye on the heavens, according to Col. Mark Brock, Delta 2 commander.

He told the Advanced Maui Optical and Space Surveillance Technologies conference in Maui on Wednesday that taking advantage of commercial observation capabilities — which in some cases are more accurate and up to date than data acquired from the military’s own Space Surveillance Network of radar and telescopes — continues to be a challenge, in part one of the service’s own making.

“We need to integrate and exploit non-traditional commercial data,” Brock said. “There has been a push against this to a certain extent within our own enterprise, and I’ve been pushing back on that. We need our commercial partners. We need the data that you have and we need to figure out how to use that data, integrate that data and leverage it. It provides us resiliency, it provides us redundancy, it fills in our gaps.”

As a first step, he explained, his team has been focusing on how to actually transfer collected commercial data into the service’s current computer processing system. For the past four years, Space Command has been gathering commercial observations of space objects into a repository called the Unified Data Library (UDL). But the UDL is not directly connected to the computer networks currently in use. These include:

Brock said that at “every single point” in his “24-plus year” career up to now, “the SPADOC replacement’s been five years away. And I’m hoping it’s not five years away today.”

He added that Space Systems Command (SSC) is working diligently to “get us onto a modern, scalable [command and control] system so we can really move forward and utilize some of the capabilities that our industry partners are trying to deliver to us.”

Working with SSC, Delta 2 “has spent the last year putting the connectivity in place for us to actually take commercial data out of the UDL and put it into our program of record,” Brock elaborated. “So, to pump it into CaveNET, which hosts ASW, and that allows us to actually utilize that data.”

“That was really step one,” he added. “Step two to that process is finding a way to really curate and small-v validate the accuracy and consistency of the data. And so we’re working with SSC right now to do a demonstration with three different sensors where we can actually perform that function and see if we can use a third party to understand the quality and consistency of the data, and hopefully we’ll have that done by the end of the year.”

However, Brock said, the third step “is funding.” That is the hardest challenge, he added, in part because it relies on decisions made not by him, or even the Pentagon, but by Congress.

“[W]ithout consistent funding, you really don’t have a reliable operational capability,” he stressed. “And so we’re waiting on the results of the [fiscal 2023] budget,” Brock said. “But hopefully the budget will have consistent funding for us to purchase that data.”

Are Donkeys Good Or Bad — Where You Hunt? – Bowhunting.Net