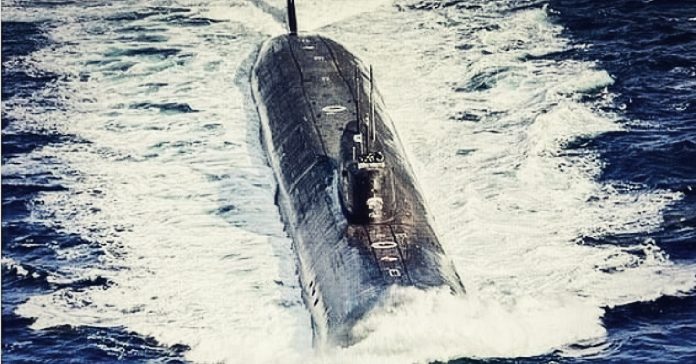 By the author of The Faithful Prepper and The Prepper’s Guide to Post-Disaster Communications.

Do you remember those nuclear torpedoes Russia has that TOP covered some time ago? Well, it looks like six of them are “out there,” and we had no idea where.

Within the past few days, NATO issued a warning that the Belgorod – the largest submarine built within the past 40 years and equipped with the Russian Poseidon Unmanned Underwater Vehicle – had disappeared from the Arctic Circle.

There is one main theory we’ve seen covered so far with where the Belgorod is going: it’s heading to the Kara Sea, where it’s preparing to test the Poseidon in the Arctic Circle.

Whether it is or isn’t, this doesn’t bode well.

On October 5th, Naval News confirmed (with quite a bit of sarcasm) that the Belgorod was indeed in the Arctic, in the Barents Sea. However, they could not rule out whether or not the Belgorod was there to perform a nuclear test.

Isn’t something this powerful a thing we should keep track of?

The reason that the Poseidon hasn’t been officially tested as of yet is because of international regulations that ban the testing of nuclear weapons. But now, the entire western world is at odds with Russia. This is the part of the world that created the public relations nightmare of keeping a test from ever happening in the first place.

But now, with the entire Western world having cut off all economic relations with Russia, do we think that Russia still cares? What is to keep them from testing the Poseidon?

If Russia were to slip the Belgorod into the orbit of action – nuke waving a European city – nuclear war would immediately commence. There would be no way of establishing plausible deniability here. The entire world would know that it was Russia and Russia alone that had the technology to do that, and they would respond to the best of their ability.

But if Russia were to instead test a nuke in the Arctic Circle, they wouldn’t directly kill anybody. But they would have one heck of a card they’ve just revealed showing what they are capable of. It would be a supreme act of intimidation to get the rest of the world to fall in line as they realize just what could be possible.

Aside from the fear they would sow in the rest of the world, they may even score some indirect deaths over the long term from fallout floating through the atmosphere. We’ve seen radiation float across the Pacific before and impact the American coastline. What would happen if radiation floated in the wind stream around the North Pole?

It would be the supreme act of intimidation. There are already tactical-nuke-capable systems popping up all over Ukraine. Would this not be a form of checkmate?

Let’s say that the Belgorod is somehow capable of making it into the Mediterranean, Atlantic Ocean, or Baltic Sea without anybody noticing. That’s entirely possible, but would it still benefit the Russians?

Absolutely. They’d have moved a serious weapon into play.

I don’t see how even if they were noticed by radar, anybody would be willing to force them to stop.

Do you really want a much more severe version of the Cuban Missile Crisis? You either let the sub pass, in which case you’re effectively admitting the queen to your back rank, or you stop the submarine with force.

How do you think that Russia would respond to the West stopping one of their subs by force?

(Want to build up your food storage? Check out our free QUICKSTART Guide to building a 3-layer food storage plan.)

All around, it’s a bad situation.

I have no doubt that we have our own secret weapons that are highly advanced, but there’s a lot to be said about highly advanced weapons that aren’t secret as well. When people know that there’s zero chance that you’re bluffing about your abilities, they react accordingly. Any poker player that has been counting the cards and has the smallest inkling that you’re not holding as good of a hand as you let on is going to play the game much differently.

I’m not really sure what to think of all this. I never advocate for apathy. I think being a cynic is being a loser. But there comes a time when you have to face the cold, hard truth, and right now, I’m really not liking what it’s showing us.

We’ve let ourselves be weakened for far too long.

We’ve made it so we can’t recruit soldiers, we’re cutting our military funding, we’ve left our equipment overseas, we’ve let our enemies build our military hardware, and now we’re reaping the consequences. I don’t like it, not one bit.

Our bishops, knights, rooks, and queen – we’ve let them all be traded in for pawns. How do you use pawns to stop a new piece that can pop up across the board wherever it desires, taking out the entire front line and making deploying forces or resupply impossible through a cardinal direction?

I just don’t know. But I do know my country has some serious catching up to do.

What are your thoughts? Is the fact we lost track of the Belgorad worrisome to you? Or do you think this is simply something random that is of no concern at all? Do you think they’re in the Arctic to perform a nuclear test? Are you worried about the future of our military strength? Let us know your opinion in the comments.

Aden Tate is a regular contributor to TheOrganicPrepper.com and TheFrugalite.com. Aden runs a micro-farm where he raises dairy goats, a pig, honeybees, meat chickens, laying chickens, tomatoes, mushrooms, and greens. Aden has four published books, What School Should Have Taught You, The Faithful Prepper,  An Arm and a Leg, The Prepper’s Guide to Post-Disaster Communications, and Zombie Choices. You can find his podcast The Last American on Preppers’ Broadcasting Network.

An Update on That mRNA Lettuce Research

US says getting arms to Ukraine ‘as rapidly as possible’

GUNVOTE: 27 of 30 Most Crime-Ridden Cities Run By Soft-On-Crime Democrat Mayors