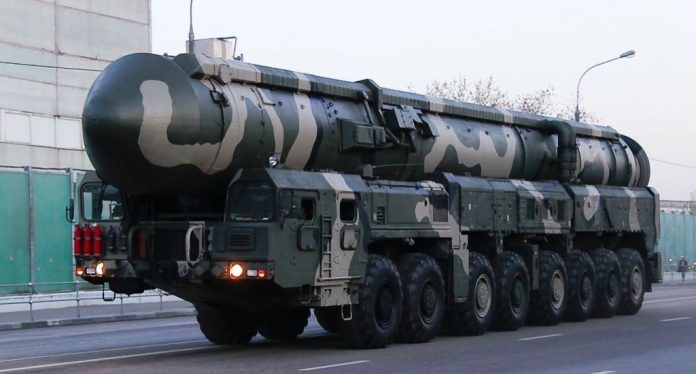 SurvivalBlog presents another edition of The Survivalist’s Odds ‘n Sods— a collection of news bits and pieces that are relevant to the modern survivalist and prepper from “JWR”. Our goal is to educate our readers, to help them to recognize emerging threats, and to be better prepared for both disasters and negative societal trends. You can’t mitigate a risk if you haven’t first identified a risk. Today, we look at the heightened risk of nuclear war.

Our Editor-At-Large Mike Williamson wrote to mention a preparedness group that has put Meshtastic radio text messaging systems into practical use. Quoting a member of the group:

“Members of my area preparedness network have been experimenting with software called Meshtastic to build a mesh network, which is a local WiFi network that runs separately from the internet. The mesh network is powered by individual devices, such as cell phones, tablets, and computers, that form a distributed “mesh” communications network. This enables us to share data, such as photos and videos, and text messages with each other without an internet connection. It runs completely free from the internet. This is a great option for a neighborhood watch or preparedness group that wants to share information during a disaster or emergency where cell and internet communications are disrupted.”

Russia is Unlikely to Use Nukes in Ukraine

Analysis from the IISS: Russia is Unlikely to Use Nuclear Weapons in Ukraine. The piece begins:

“On 6 October, US President Joe Biden stated that Russian President Vladimir Putin’s recent nuclear threats amounted to the most dangerous situation the world has seen since the Cuban Missile Crisis of 1962, warning that any use of tactical nuclear weapons could lead to ‘Armageddon’. But as officials from the Biden administration told reporters afterward, there is no evidence that Russia is any closer to using nuclear weapons than it was at the end of February. They said that Biden was attempting to highlight the recklessness of Putin’s threats while continuing to send deterrence messages to Moscow.

Putin’s threats ring especially hollow because any use of nuclear weapons on territory he claims is part of Russia would be a disaster from a public and diplomatic point of view.”

How the Mega-Rich Plan to Outsmart Doomsday

Peter in Switzerland sent us this Next Big Idea Club podcast link: How the Mega-Rich Plan to Outsmart Doomsday. (34 minutes.)

Another from H.L., over at CFACT: Automobile industry mandated toward a death spiral. Here is an excerpt:

“The few healthy and wealthy countries of the United States of America, Germany, the UK, and Australia representing 6 percent of the world’s population (505 million vs 7.8 billion) that are mandating social changes to achieve zero emissions may be fueling (no pun intended) a death spiral for the automobile industry.

Simply put, in these healthy and wealthy countries, every person, animal, or anything that causes emissions to harmfully rise could vanish off the face of the earth; or even die off, and global emissions will still explode in the coming years and decades ahead over the population and economic growth of China, India, Indonesia, Japan, Vietnam, and Africa.”