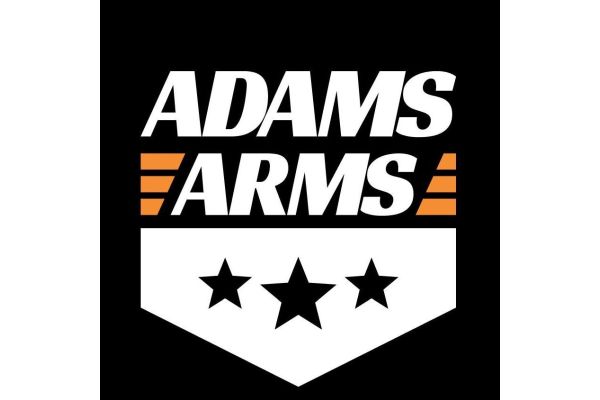 “Big Brother” is now tracking what they consider to be “troublesome gun purchases”. In mid-September, the International Organization for Standardization (ISO) approved the creation of a new merchant code to apply to gun sellers for transactions using credit card networks. Adams Arms President, Jason East, points out the danger in this move. “When overarching organizations wield surveillance measures and disguise them as tracking troublesome or dangerous purchases, they are actually initiating the destruction of American rights – the Second Amendment is only the start,” observes East.

The change was proposed by the global Amalgamated Bank and came just days after members of Congress, attorneys general in California and New York, as well as major pension systems in their states strong-armed Visa, Mastercard, and American Express to help “tackle the gun violence epidemic.” (1)(2) Details indicate that the code will show where an individual spent their money but not what items were purchased.

As president of his Florida firearms company which has been in business for 15 years, he views the action as a way to monitor the legal gun-purchasing activities of as many Americans as possible and limit the channels they have a right to use. “What is next? Should Americans be worried that buying alcoholic drinks at a bar or purchasing liquor at a retailer will trigger an alarm that they are a danger to society?” asked East. Put in perspective, in 2021 there were 611 mass shootings in the U.S., and 103 people died. (3)  In the same timespan of 2020-2022 drunk drivers killed more than 10,000 people each year. (4) If the government were to seek abuse and problematic alcohol patterns by tracking the 2021 sales of beer, wine, and liquor which grossed $7,701M, they would be met with mass opposition. (5)

Agreeing with the observations of a popular firearms blog, (6) even in the smokescreen the new merchant coding unearths a number of logistical problems, according to East.

For years Adams Arms has been a trusted source of high-quality, reliable firearms for the U.S. military and law enforcement in addition to sports enthusiasts. Adams Arms has offered a patented Piston-Driven system that is cleaner, cooler, and more reliable for use. “Our AR-15 piston system, historically a favorite of law enforcement, is seen for its technical merit and reliability. In addition, Adams Arms has developed a backpack with folding AR-15 stock customized for School Resource Officers in protection of children in America’s schools. In short, Adams Arms is there when it counts the most, which helps all users feel safe and in control,” remarks East.

A deeply concerned East comments “All Americans ─ not just legal firearms owners ─ should think carefully about how much control you want the government to have over your rights as a citizen. Make your voice heard when you vote. Financial strangulation will eventually pull the rug out from under everyone’s feet.”

About Adams Arms
In a changing nation where the fastest growing markets of first-time gun owners are millennials, women and people of color, the old public impression of gun owners has faded. Skill proficiency, adventure and empowerment are spearheading the sharp demand for firearms and ammunition, while personal and home defense continues to be a driving force. Adams Arms, headquartered in Brooksville, Florida, is the face of reliable, clean, and cooler AR15 firearms operation with its patented piston drive action—favorites of gun enthusiasts across the country. Known for their years of parts experience and their engineering and design prowess, their Retro-Fit system can be installed by owners or piston-action arms can be purchased new. Adams Arms’ proprietary PVD and Melonite® process and their lifetime warranty make their lineup of products dependable for years to come. Adams Arms are there when it counts the most. Visit https://adamsarms.net/

Australia lashes out after US nuclear subs plan revealed

Constitutional Carry Should be the Rule, Not the Exception