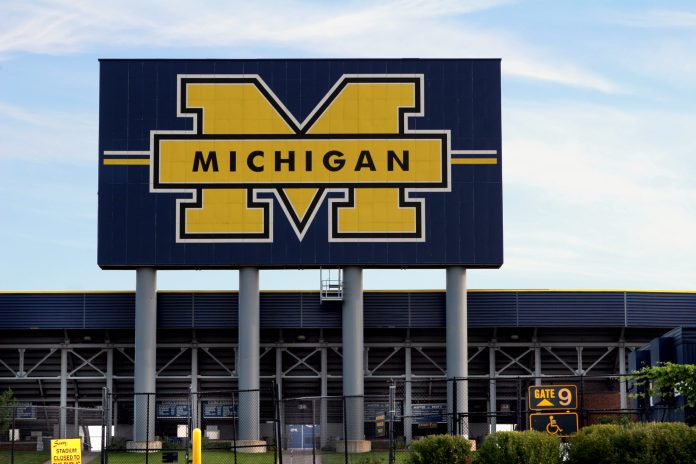 Nonetheless, it seems apparent that large, modern university campuses differ from their historical antecedents. Many are involved in urban planning with mixed-use projects that include shops and nonstudent residences.

The University of Michigan itself occupies nearly one-tenth of Ann Arbor. Many areas on campus, such as roadways, open areas, shopping districts, or restaurants, might not fit the “sensitive place” model suggested by Heller—they may instead be more historically analogous to other locations that did not have gun restrictions. And because the campus is so entwined with the surrounding community, the ban might also burden carrying rights on locations outside campus, as many individuals will regularly go from campus to off-campus environments, even in a single trip; because they cannot bring a gun on campus, they will not feasibly be able to bring the gun to the off-campus locations either.

{See, e.g., Note, Rethinking the Nevada Campus Protection Act: Future Challenges & Reaching a Legislative Compromise, 15 Nev L J 389, 421-422 (2014) (“Current laws and university policies that prohibit any degree of campus carry leave [carrying a concealed firearm] permit holders defenseless anywhere between college campuses and home. The professor that stops for groceries after work; the student that stops for gas across the street from campus; these are the real and unfortunately less documented dangers of ‘no permission to campus carry’ states.”); id. at 425 (“The line that separates some universities from public property is fuzzy, and attempting to classify universities as a ‘sensitive place’ poses a significant problem. Universities are typically intermingled with other services and public property.”); Guns on Campus, 38 J C & U L at 675 (“Additionally, some colleges and universities do not have the clearly defined perimeters that high schools, middle schools, and elementary schools usually have. Some colleges and universities span across city-scapes and mix with metropolitan areas. The physical layout of some colleges and universities can easily create confusion for individuals trying to determine if they are on campus or off campus at any given point. For example, public roads often run through college campuses. Could a public road be considered a sensitive school area subject to a reasonable regulation, or would the street merely be part of the public landscape where the same regulation would be unreasonable?”).}

I believe that these considerations are necessary in the present case when applying the governing framework from Bruen. Because they require careful analysis of historical materials, I agree that a remand is appropriate.