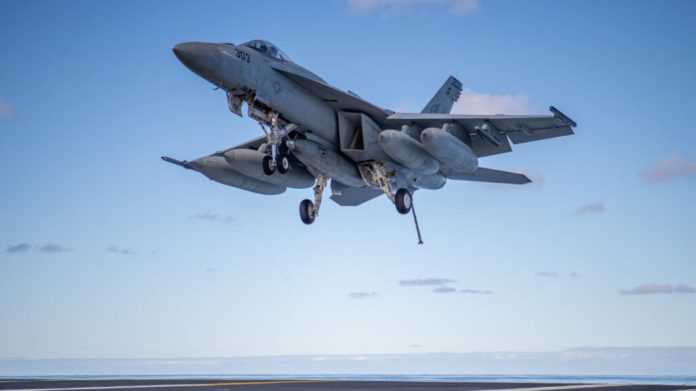 WASHINGTON — Only two US military aircraft types met their mission capable goal in fiscal 2021, the Government Accountability Office found in a new report that evaluated the availability of 49 aircraft.

The GAO’s report, released Thursday, paints a bleak picture of aircraft readiness among the US services, with most aircraft — 30 of 49 platforms assessed — more than 10 percent below their mission capability goal in FY21. (An aircraft designated as “mission capable” means that it can fly and accomplish at least one of its ascribed missions.)

However, the poor readiness displayed in FY21 is not just a blip of bad news in a decade with otherwise stellar aircraft availability. According to the report, 26 aircraft failed to meet their mission capable goal during any year between FY11 and FY21. That number includes some of the US military’s most prolific aircraft, such as the F/A-18E/F Super Hornet and F-16 — two workhorse fighters used by the Navy and Air Force, respectively.

Only four aircraft met their goals in the majority of those years during that decade-long period: the Navy’s EP-3 signals intelligence plane, as well as the B-2 bomber, RC-135 family of reconnaissance aircraft and the UH-1N helicopter — all owned by the Air Force.

The report does not specify which two aircraft met their mission capable (MC) goals in FY21 except to note that both are Air Force owned. However, it appears one is the UH-1N, which in the report is evaluated as having hit its MC rate goal in all 11 fiscal years assessed — a statistic that would have to include the most recent fiscal year.

Average MC rates generally decreased for the Air Force, Navy and Marine Corps over FY11 to FY21, but the Army’s MC rates have grown, the GAO stated, adding that further details were not able to be published due to operational sensitivities.

Solving the US military’s aircraft readiness woes is no easy feat, as there are a kaleidoscope of problems that contribute to an airplane or rotorcraft not being mission capable.

“Many of the aircraft we reviewed are facing one or more sustainment challenges related to the age of the aircraft, maintenance constraints, and supply support,” the GAO stated. “According to program officials, these challenges have an effect on mission capable rates and the costs required to sustain those aircraft.”

For example, more than 30 aircraft programs cited diminishing manufacturing sources for parts, obsolescent parts, and parts shortages as ongoing problems for aircraft readiness — with many of those aircraft pointing to issues in all three areas.

Other widespread issues included maintenance labor shortages, delays at maintenance depots, and the need for unscheduled repair work due to aircraft age or a malfunction, the GAO report stated. Those problems can compound each other if a problem found inside a plane moving through a complex overhaul then causes a delay for other aircraft that need to move through the depot, for example.

The GAO does not make new recommendations in the report and instead restates a prior suggestion that the Air Force and Navy expedite ongoing sustainment reviews. Currently, the services plan to wrap up reviews for all weapon systems by FY26, but the GAO believes that speeding up the process would allow the Air Force and Navy to more quickly “identify sustainment risks to aircraft availability” and convey those risks to Congress.