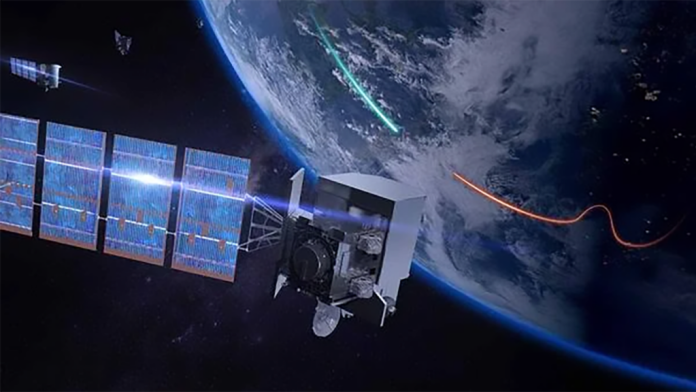 WASHINGTON — Missile warning and tracking data gathered by the Space Development Agency’s satellites in low Earth orbit will be integrated with the Pentagon’s highly classified nuclear command, control and communications (NC3) network — but when and exactly how remain unanswered questions, the agency’s director said on Thursday.

“That timeframe is unclear. We are certainly working very closely with everyone within the Space Force and the Joint Staff,” Derek Tournear told the National Security Space Association.

He explained that there are two key requirements for SDA’s Tracking Layer Satellites to meet in order to be certified as sensors for the NC3 Integrated Tactical Warning & Attack Assessment (ITWAA) System, which helps the president and national leaders confirm a nuclear attack.

The ITW/AA “includes rigorously tested and certified systems that provide unambiguous, reliable, accurate, timely, survivable, and enduring warning information of ballistic missile, space, and air attacks on North America,” according to the Nuclear Weapons Handbook 2020 published by the Pentagon’s office of the Deputy Assistant Secretary of Defense for Nuclear Matters.

As for the first requirement, he explained that the fact that SDA’s planned satellite Tracking Layer constellations will involve hundreds of birds in LEO — as well as the fact that there will be similar missile warning/tracking satellites in medium Earth orbit built by the Space Force’s Space Systems Command — will help keep false alarms to a minimum.

As for the question of resilience, the issue is a little more complicated, Tournear said.

“[T]ypically, historically, that has meant that your individual node, your individual sensor node, had to be hardened to a certain level so that you could continue to operate in a nuclear strike scenario going forward,” he said. “That’s not really unnecessary for this new architecture — the architecture that gets away from the high value Battlestar Galacticas and gets into these proliferated, distributed nodes between LEO and MEO.”

Thus, SDA is “working with the community to spell out exactly how we will build in that resilience not at the node level,” but at the “architecture level,” Tournear said. “That means that … the overall architecture can continue to perform and provide these these needs under a nuclear strike. So, that’s something that’s underway right now within the Space Force.”

Tournear added: “I’m not worried about meeting the resilience, but I am worried about making sure that we get everyone blessed in on timeframe. So, on that, if the question is will we be ITWAA certified in the ’25-26 timeframe, I would say that I don’t know.”

That said, he explained, there is plenty of time for decisions to be made, since the current and planned missile warning/tracking satellites in geosynchronous and polar orbits — which are already or will be ITWAA certified — will be on orbit for decades. These include today’s Space Based Infrared System (SBIRS) satellites and its planned successor constellation, the Next Generation Overhead Persistent Infrared (Next-Gen OPIR) birds.

“I don’t care as much at all in that timeframe. Because at that point, in that time frame, we will still have our existing capabilities to do the nuclear strike warning mission. So, we have several years to worry about that,” he said.

Kopel: ‘The Trace’ Unearths a Shadowy QAnon-Like Grand NRA Conspiracy That Resulted in the Bruen Decision

Why Are Spare Parts on the Unfunded List? Senator Asks Navy’s Top Officer