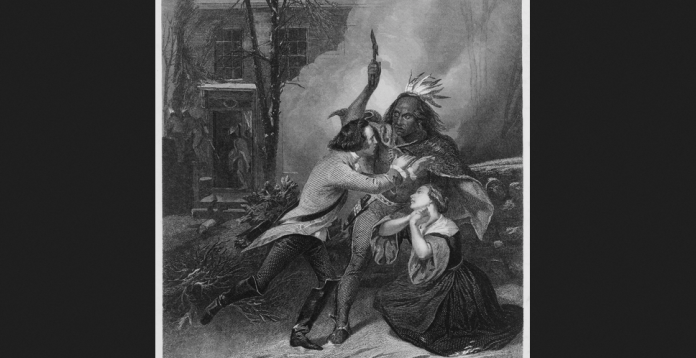 November 11th is a bit crowded with significant history notes…

The Cherry Valley Massacre took place November 11, 1778. According to the Infogalactic wiki:

“The Cherry Valley Massacre was an attack by British and Iroquois forces on a fort and the village of Cherry Valley in eastern New York on November 11, 1778, during the American Revolutionary War. It has been described as one of the most horrific frontier massacres of the war. A mixed force of Loyalists, British soldiers, Seneca and Mohawks descended on Cherry Valley, whose defenders, despite warnings, were unprepared for the attack. During the raid, the Seneca in particular targeted non-combatants, and reports state that 30 such individuals were slain, in addition to a number of armed defenders.”

November 11th is of course Veteran’s Day, set in remembrance of the 11th of November 1918 ceasefire in World War I. If you value your freedom, then thank a veteran.

Optics Planet (one of our affiliate advertisers) is running a 10% off sale, for any order over $75, just for Veteran’s Day weekend. The sale started on November 10th and ends on November 13th.

Today’s feature article is by Don Shift. It is an excerpt from his book Basic SHTF Radio: A cop’s brief guide for understanding simple solutions for SHTF radio communication, available on Amazon.com. This article is not eligible for judging in the SurvivalBlog non-fiction writing contest, because the author is a SurvivalBlog advertiser.

Get your article in for Round 103!  More than $750,000 worth of prizes have been awarded since we started running this contest. Round 103 ends on November 30th, so get busy writing and e-mail us your entry. Remember that there is a 1,500-word minimum, and that articles on practical “how-to” skills for survival have an advantage in the judging.

Dylan Trinh’s .22LR Conversion For The X95 -The Firearm Blog