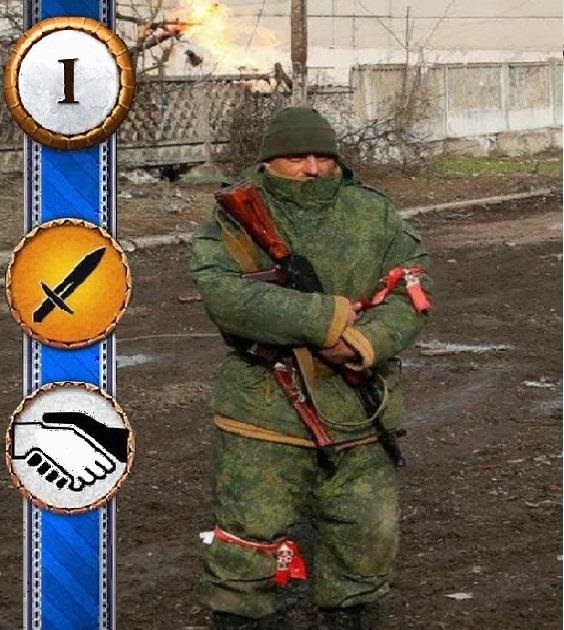 On infantry, because it’s still such an essential building block of every army and the misconceptions are legion.

Infantry has a certain pattern of what it needs to do in a prepared defence (not an official term) situation. It shall remain undetected, outposts shall intercept enemy scouts and force hostile attackers to deploy from march formation. They shall slow down hostiles (maybe even guard obstacles), so friendly indirect fires have ample opportunity to hit them and friendly HQ and reserves have enough time to react to the attackers. Most importantly, the outposts / screening force / patrols protect positions and troops farther ‘back’ against the enemy ground reconnaissance. Few are exposed to great risks in order to reduce the risk for the formation as a whole. The outpost infantry better change position briefly after revealing itself, so one should not think of outposts (and their even smaller pickets, which you need when and where fields of view are really short) as static positions. To dig in is fine, but you better change position once hostile arty knows your position.

The infantry does not shoot much in this prepared defence scenario. It probably gets shot at ten times as much as it gets to shoot. Indirect fires (mortars, tube artillery, rockets) are the big killers, while infantry is in this scenario more of a stopping force than a killing force.

It’s near-impossible to succeed by attacking with companies or battalions in a long skirmish line as if it was still 1913. It didn’t really work back then, either. The infantry breaks down into small teams and these teams manoeuvre through the battlefield, exploiting microterrain for cover and concealment. Surprise is very important, so they need to be disciplined regarding shooting, talking, using radios and exposing themselves. Both the element of surprise and survival require that they avoid being detected until they are in close contact with the enemy.

A large attack is a disjointed line of advancing infantry platoons. Some will be stopped early, others will break into the hostile positions. The successful ones need to receive reinforcements quickly, while the not successful ones should rather receive smoke support so they can break contact. The reinforcements need to exploit the break-in as quickly as possible for maximum success. The platoon that succeeded to break into the defensive network will likely not be able to quickly push on. It’s going to prepare for defence instead,  particularly flank security. It has almost certainly wounded comrades and prisoners of war to deal with.

Attacking infantry can rarely win a firefight on its own against peer infantry without suffering many casualties, and in some situations it’s entirely impossible. Suppressive small arms fires are helpful, but rarely perfect. Infantry can quickly run out of munitions, especially grenades. 1st choice for suppression (or neutralisation) is to use indirect fires, 2nd choice is to use armoured vehicles and last resort is to let the infantry make the enemy fight less in order to succeed itself.* Our suppression effort is all about having fewer opponents shooting at us, lethality is of little interest.

The attention on killing (milporn videos in social media, mil-industrial complex promoting wonder weapons) distracts from the necessity to make the alive enemies shoot less so our troops advance again. It’s much better to capture a company of 100 men in a day with reconnaissance, a couple hundred shells fired and a surprising assault than to kill it over a month of bombardment with € 50 million worth of precision munitions!

Indirect fires are again the main killers on the attack. The infantry’s job is not so much to kill the defenders as to make their position untenable and to then hold terrain. Infantry is not very good at pursuit, so an offensive that does not include an exploitation of a break-in or breakthrough by tanks is going to cause much less losses to the attacked force than an attack with such a mounted exploitation component.

I’ve seen much writing and much obsession with infantry firepower that signalled very different ideas of what infantry is good for, and I do blame in part the stupid occupation wars and unhealthy special forces fanboiism for this.

Russian mobilised infantrymen complain that they’re cannon fodder. They get mortared or shelled multiple times in their dugout position in some woodland and can’t do anything by themselves.

Well, guess what? Western infantry would not feel much better in prepared defence or on the attack. The infantry’s job is not so much the killing and destroying by shooting as just being there, then moving somewhere else and be a presence there. They’re in large part simply movable targets for artillery once exposed. Infantry is exposed to indirect fires because it’s necessary to have someone there to slow down or stop attackers, to dislodge defenders, to take prisoners of war.

The problem is that you simply need infantry for the mentioned tasks.

P.S.: I did approximately describe highly effective tactics that were actually known since WW2 at the latest, but are still not commonly taught in all major armies, or in all of NATO. Some armies have an astonishing ability to ignore tactics that deliver greater success, and to ignore scholars who point out the military history evidence and field exercise results that support this. Personally, I’d recommend testing some alternative ways of doing business, particularly on the defence, as I see promising conceptual alternatives there.

*: Combat
in settlements that were not bombed or shelled much is a special case;
the attackers can use the cover and concealment by buildings to mass
locally and execute a push with well-prepared suppressive fires on a
limited amount of possible firing positions while blocking roads with
longitudinal machinegun fires (by tank or infantry) to isolate the local
defenders. Buildings known to house a substantial quantity of defenders
can be precision-bombed on call. The attacker is actually enjoying
advantages inside settlements, so the defenders may use an
picket/outpost line to reduce how many troops are exposed to such
attacks and to free up troops for locally massed offensive actions. High tactical skill on both sides will lead to outskirts having merely observation posts, then there would be mobile pickets and both sides would strive to ‘win’ with a series of attacks with limited objectives. Many more troops would be detailed for suppressive fires and covering routes than for assault duty.