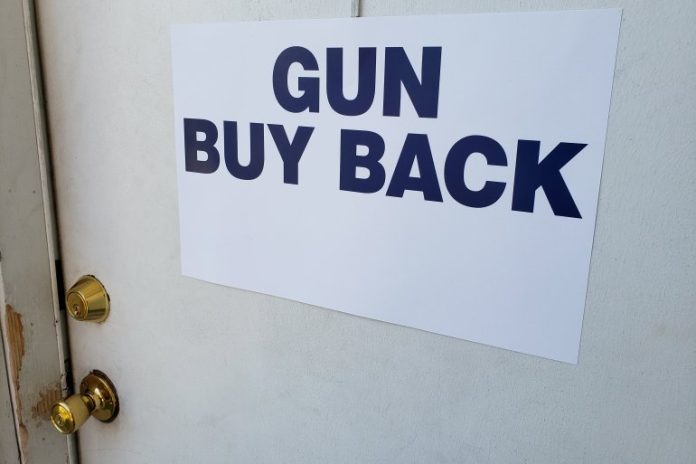 A Peoria pastor has organized a gun “buyback” event on Saturday, November 19th at four locations in the city starting at 10a.m. Do-gooder organizers will trade $200 gift cards for any “functional” handguns, rifles or shotguns. They’ll pay twice that and more for other guns they perceive as extra-icky or particularly scary looking.

Come early, because paying twice the going rate of Chicago’s gun “buybacks,” it seems like a sure bet that they’ll run out of those $200 cards quickly.

Folks in Decatur put on a similar event last year, paying $225 for clunker pistols and $100 for long guns. Probably two-thirds of those waiting in a nearly block-long line left very disappointed. The sponsors there ran out of greenbacks within the first hour of what was planned as a four-hour extravaganza.

Pastor Martin Johnson, the Peoria PD’s lead chaplain, has his name on the fliers as a contact person. His church is the New Beginnings Ministries of Peoria.

The fliers appearing in Peoria and on social media tout the sponsors as “taking back the streets by buying your guns.” Uh huh. Sure they are. As a veteran of gun buybacks in multiple cities over the years, I predict they’ll be paying super-premium prices for a lot of single-shot .22s and break-open shotguns brought in by old people.

Then again, Joe Biden’s Build Back Better has brought us a lot of inflation, so maybe that’s what those old clunkers are worth today.

What’s more, this seems like an exceptionally extra-legal event, far more so than the usual “buybacks” where the local PD will turn a blind eye to state and federal firearms laws being ignored or broken by their department “for a good cause.”

At the Peoria event, there’s no mention of police. It only says “armed security will be on site.” The armed security isn’t for participant protection. It’s there to protect their shoebox full of $200 pre-paid debit cards from becoming loot in an armed “change of ownership.” Please share information about this event with your friends and family living within a couple of hours of Peoria. Let’s help Pastor Johnson have a very successful event buying guns that no self-respecting hoodlum would be caught dead carrying.

If he really wants to make a difference, he should offer a thousand bucks for GLOCK switches. Or maybe $2000 for GLOCKs with switches installed.