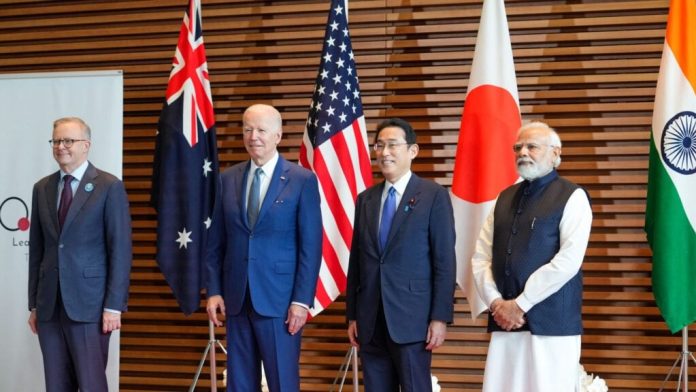 SYDNEY — As the votes in the American mid-term elections continue to be combed over, her Pacific neighbors and friends are watching closely, wondering how the politically split giant will manage its relations and national security over the next two years.

“From where I sit, the drag that narrow margins of control have had on the speed of defence and foreign policy legislating isn’t likely to change with this new Congress,” Tom Corben, a defense and security expert at the United States Studies Centre at the University of Sydney, said Friday. “Deadlock on domestic issues and political incentives to slow-roll legislative processes between now and early next year are likely to result in delays to key authorisations and appropriations, which probably means more Continuing Resolutions and slower-than-needed movement on urgent defense priorities in the Indo-Pacific. This isn’t new: it’s a trend that America’s allies and partners in Asia have watched with growing concern for some years.”

A United States Studies Centre poll of American, Australian and Japanese opinion, done in advance of the midterms, found that roughly “half or more of Australians are very concerned about American democracy, misinformation, and political violence.” In Japan, that was lower by more than 25 percent, perhaps reflecting the greater American media penetration here in Australia.

The poll was conducted between Sept. 5-9. The surveys were administered online to adult, citizen populations with sample sizes of 1,068 in Australia, 1,066 in the United States and 1,015 in Japan. The US center was created by the Australian Government, the American Australian Association and the University of Sydney. It is a non-profit and gets most of its funding from student tuition.

The biggest concern for Indo-Pacific residents, of course, is China and its relations with their countries and the US. With the mid-term elections likely to have an important influence on Biden’s ability to influence both domestic and foreign policy, the poll found that “nearly three-quarters of Australians and Japanese said the upcoming US midterm elections are somewhat to very important for their own countries.”

Corben notes that, if the Republicans win the House — as they appear on track to, with a very slim majority — that may hobble Biden on some important Indo-Pacific issues.

“In the House at least, the White House may find itself unable to pull the levers of influence over the nature or content of important foreign policy legislation, as it did recently with amendments to the Taiwan Policy Act,” he said. The bill would approve $6.5 billion in foreign military assistance to Taiwan and calls for important longterm improvements to the Taiwanese military.

But there also may be some benefits to GOP control of the House, Corben wrote. “There are some benefits for Indo-Pacific countries in having Republicans take control of key House committees: for example, there’s likely to be more upward pressure on defence spending in the right kinds of areas (posture, munitions production and supply chains, etc.) which could pay dividends for US defense partners in the Indo-Pacific if it’s channeled into the right initiatives — though history shows that the US has not always lived up to the rhetoric that the Indo-Pacific is its number-one priority when it comes to defense resourcing.”

The Australian Strategic Policy Institute, which has an office in Washington, met with congressional staff from both parties before the midterms and issued a report on Nov. 4. They offered a hopeful note for the brief period immediately following the election.

“Once the new Congress settles in, the Australian Government will have a brief window of opportunity to feed into and influence outcomes in US foreign, security and defence policymaking, three experts wrote in a report titled, “The 2022 US midterm elections and what they might mean for Australia.”

But the window will rapidly close, warned Greg Brown, Iain MacGillivray and Bronte Munro, all analysts at ASPI’s DC office. “After that point, campaigning will consume Congress, making it harder for Australian diplomats, politicians and other officials to be heard leading up to the 2024 US presidential election,” they wrote. “AUSMIN in December 2022, the outcomes of the Defence Strategic Review and AUKUS pathway review (both expected March 2023) along with major Quad meetings held in the first half of 2023, all fall within this window and provide opportunities for senior Australian Government representatives visiting Washington to engage with both their Administration counterparts and with members of Congress including, for example, the strong friends of Australia in the AUKUS Working Group.”

A chart in the poll study tells much of the story for the American voters’ views of the region. American respondents were asked: “If China attacks Taiwan, how much do you agree or disagree with the United States responding in the following ways?” 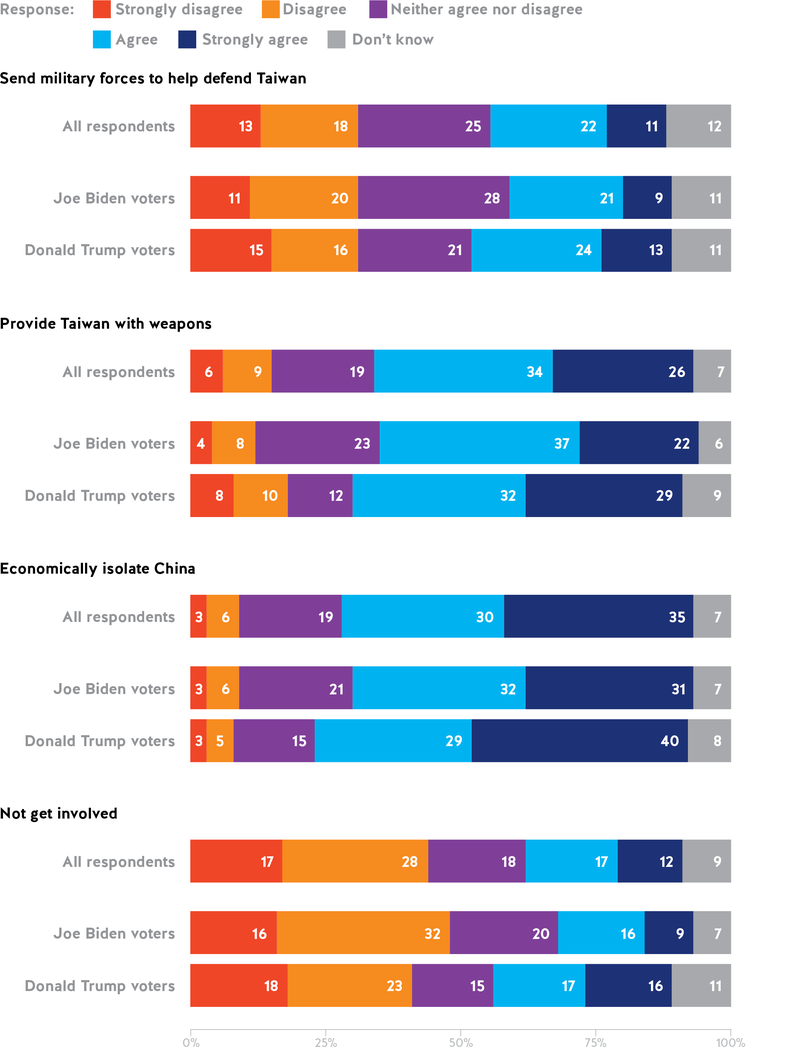 But the United States may be diverted from addressing those Pacific issues, depending on how vigorous the GOP reaction is to pursuing an alternative agenda.

“If they go after the Biden administration for its controversial Afghanistan withdrawal, as they’ve telegraphed that they will, then House Republicans could take up bandwidth that might otherwise be devoted to debates relevant to the Indo-Pacific. In other words, an extended row over this or other divisive issues (however important they may be) could get in the way of wider debates about how to fund and shape US military strategy in Asia,” Corben said.

Perhaps the most fundamental finding of the survey, one that is likely to be untouched by the mid-terms, was that support for the AUKUS security partnership “dramatically outweighs criticism, with about half of US and Australian respondents and 28 per cent of Japanese respondents in favour of Australia having nuclear-powered submarines while only 18-19 per cent of respondents in the three countries were against it.”

8 Plants You Can Extract Water From (In The Wilderness)