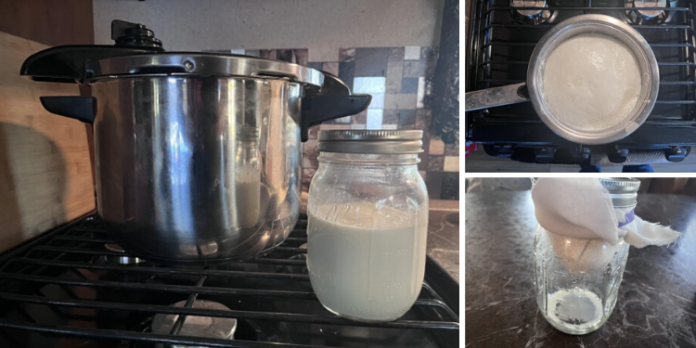 For as long as people have been keeping livestock for milk, they’ve been trying to figure out how to keep milk from spoiling.

While there are some already well-known ways to preserve dairy, like making cheese or butter, keeping milk fresh for longer using heat is a relatively recent innovation. Evaporated milk is one of these methods.

What Is Evaporated Milk?

Store-bought evaporated milk is fresh milk that has been heated until around 60% of its moisture content is removed. After that, it’s heated again at ultra-high temperatures (UHT) and canned in sterilized containers.

Related: Stop Throwing Away Spoiled Milk! Do This Instead

The end product has a thick, off-white color, and a buttery aroma. It’s an ingredient in a lot of recipes but it can be mixed with water to create a drink that’s like fresh milk.

How To Make Evaporated Milk At Home

There are many recipes online for DIY evaporated milk. Some of them recommended canning the milk before it’s turned into evaporated milk. Others use the water bath method, or a pressure canner or cooker combo.

For my recipe, I am using a pressure cooker rather than a canner in a kitchen at a low altitude. This means that I can only work in very small batches and that my instructions and timing may be slightly different than yours.

When canning milk products, remember to thoroughly and very carefully sterilize all equipment such as canning jars and lids.

I like to sterilize my jars in a 250-degree oven for 30-40 minutes. To sanitize the lids, you can place them in a small pot of boiling water for 10-15 minutes.

1. Bring milk to a simmer over low to medium-low heat. Once the milk starts to come to a boil, reduce the heat to low.

2. Let the milk simmer for around 25 minutes – or until the milk is reduced to half its original volume. As it heats, a film layer will form at the top. This is the moisture escaping the milk.

If you don’t stir often enough, this film can expand and bubble over. Stir often and quickly to keep this from happening. 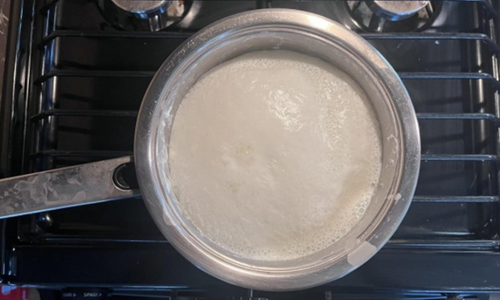 3. When the milk thickens, deepens to a creamy or off-white color, and the volume is reduced by half, remove it from the stovetop and allow it to cool slightly. 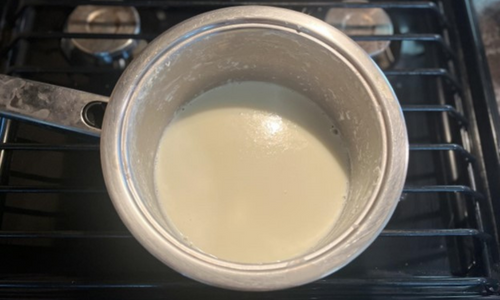 4. Remove the film from the top. Then, strain your mixture through a strainer or colander into well-sterilized canning jars brought to room temperature.

Related: How To Can Bone Broth At Home With 2 Years Shelf Life 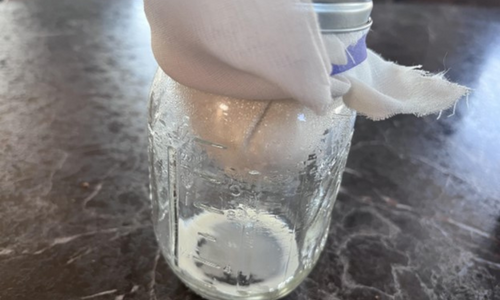 5. Fill the jars with your evaporated milk, leaving an inch or so of space at the top of the jar. Set them on the pressure cooking or canning rack. 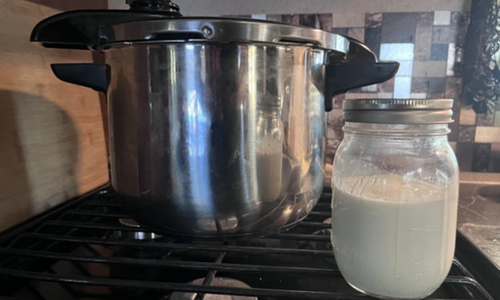 6. Close the pressure canner/cooker lid and turn the heat to med-high. Allow it to build pressure until it starts to steam/vent. Then add the weight (or equivalent to your machine) and set a timer for ten minutes. 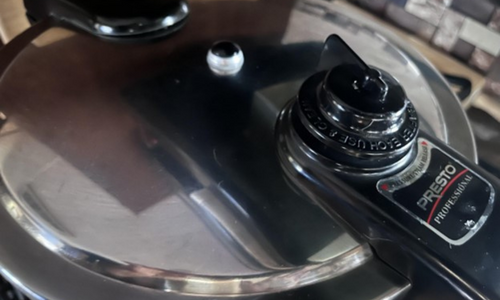 When done, turn off the heat. Let it cool until pressurizing is complete.

7. Allow the canned milk to sit overnight and check the seals before storing. 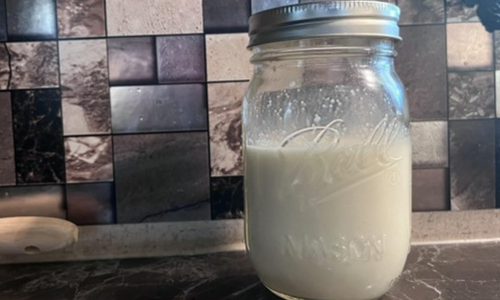 Your evaporated milk should last for 12-18 months in a cool, dark place away from direct sunlight, such as your pantry or root cellar.

Whether homemade evaporated milk is safe to consume is a decision you should make for yourself. According to the USDA though, eating home-canned dairy products is just a little too risky to advise. In fact, there is no “approved recipe” available for home-canning any dairy products.

This is because dairy products like milk have high fat, low acid, and high moisture content. All of these things can make dairy more susceptible to spoilage and bacteria that create toxins like Botulism. This is a big reason why it’s almost impossible to find raw cow’s milk in stores.

Still, since you can buy boxed pasteurized milk and evaporated milk in cardboard packages at the grocery store, you might wonder if you can safely accomplish this at home.

When you make your own homemade evaporated milk, you’re exposing it to high temperatures and eliminating a lot of the moisture content in the process. This is why some people think that canning it using safe home canning methods is a perfectly safe way to can milk.

Even though store bought evaporated milk might go through similar sterilization processes you might use for canning in your home kitchen, it’s usually more regulated and therefore considered safer by the USDA.

However, there is limited information available about canning reconstituted powdered milk. So, if you only have powdered milk to work with, it may be best to use it immediately rather than canning it. 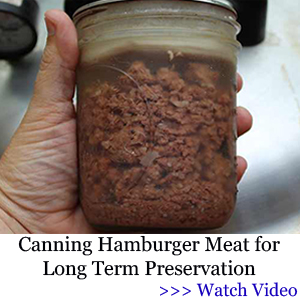 6 Mistakes You Are Probably Making When Buying Your Guns

If You Own A Mobile Phone This Is What The Government, Google & Facebook Know About You

How To Properly Store Over-The-Counter Drugs And Medical Supplies