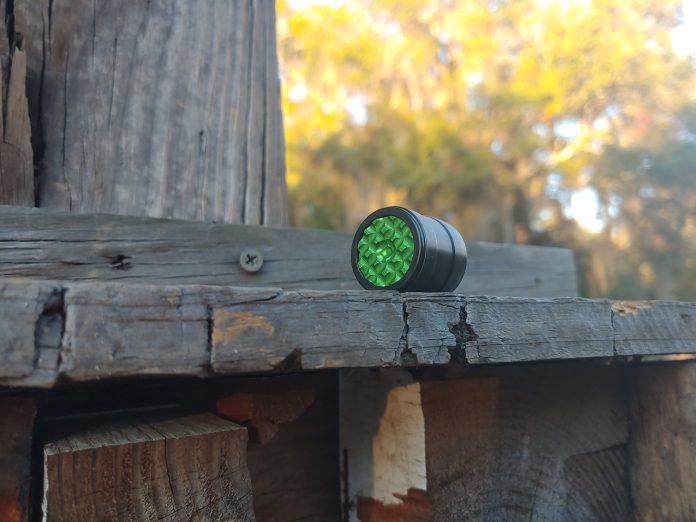 Your shotgun’s follower is typically a forgotten, unappreciated hero. It’s what ensures your tube-fed shotgun feeds reliably. I’m sure there’s a word for it, but it’s crazy that such a small, affordable part of your weapon can be so dang important to a firearm’s overall reliability.

A good follower goes a long way to keeping your shotgun shooting reliably, and with that in mind, I typically stick with aluminum followers. I saw that Aridus Industries recently announced their own SMRT followers and as soon as I saw it was live, I knew I had to have one.

Aridus Industries is a shotgun nerd’s company. They make innovative parts and pieces for a range of shotguns. They are mainly known for modifying the Beretta 1301, but they’ve made a number of different accessories.

The best way to describe their products is innovative, but the second term that comes to mind is over-engineered. They make their gear to last, and their stuff is tougher than I likely need it to be. It’s a small American company that lives up to the reputation of made-in-America quality.

Also, thumbs up to their customer service people. I ordered the SMRT follower at 8:51 AM, and I received an email at 10:51 AM saying it had shipped. I ordered it Monday, and it was in my gun on Wednesday. The SMRT follower is essentially universal for 12 gauge shotguns, and I tossed it in my Benelli SuperNova.

Why bother upgrading your follower?

More ammo is better than less ammo, right? Shotguns are lower-capacity weapons by their very nature so employing a magazine extension is fairly common. My SuperNova wears a +2 extension. These extensions can create reliability issues without a proper follower. The transition from tube to extension can cause a follower to hang up and fail to continually feed your shotgun.

That was the attraction for me. I love my Benelli SuperNova, but the standard cheap plastic follower doesn’t inspire confidence, especially when I’m aware of follower and magazine extension issues. My old Remington 870 had a frequent issue with its +2 extension, which made me remove the extension and ditch it entirely

A good portion of the follower’s base is anodized in a very bright green, so it’s high visibility and easy to see. With just a glance, you can tell if the tube is empty.

Let’s say you don’t even have the light to see even a high-visibility green follower, but no worries, that’s not a big problem. The front of the follower is also textured with a sharp stippling that’s tactile. Reach into your loading port and you can feel the texture of the follower. It’s unlike any standard follower or the end of any shotgun shell. It’s unmistakable and easy to determine.

I loaded up my Benelli SuperNova with seven training rounds of 2.75-inch shells and then topped it off with one mini round. This would push the SMRT follower well into the magazine extension and see if it would bind. It’s beyond normal use, but hey, why not.

I ran the pump over and over and ejected and reloaded a few times to test the gun dry. It never failed to feed, and the follower never bound. I moved from dry to live fire, but dry fire can only occupy my millennial brain for so long before I need some action.

With a handful of buckshot, birdshot, and a few mini shells, I ran the gun over and over in an overloaded state. It cycled smoothly, and besides a mini shell occasionally flipping in the receiver, I had no issues. Certainly no follower issues.

The SMRT follower is available now and is $40. It’s admittedly pricey for such a small piece of gear…one that’s not even an afterthought for most people. However, it’s an American-made product made with American-made machines. It helps you meet 922R requirements if that’s a concern. It’s probably not for everyone, but it’s worth the price as far as I’m concerned. If you run a magazine extension in your shotgun, it’s definitely worth the extra dinero.