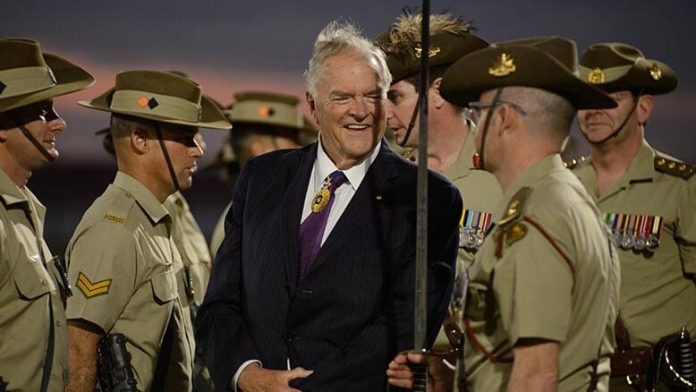 CANBERRA — One of the giants of Australian politics and defense is calling for a “massive” increase in defense spending by the island continent, saying his country “dropped the ball, massively dropped the ball” over the previous three decades when it comes to defense investments.

Kim Beazley is best known for leading the Labor Party from 1996-2001, but also served as Minister of Defence from 1984-1990 and ambassador to the United States from 2009-2016. Most recently, he ended a four-year term as governor of West Australia in June. Over his decades-long career in the public eye, Beazley has developed a reputation as a keen thinker on defense and geopolitics.

Speaking at a conference called Advancing AUKUS, put on by a consortium of three universities, the University of New South Wales, Arizona State University and King’s College of London. Beazley didn’t mince words, saying “You know, when I was defense minister, we were at about 2.5% of GDP and 8-to-9% of the budget. We’re now at 5.5% of the budget and about just 2% of GDP again, after 25 years.”

Beazley said that, had Australia stayed at that investment level, today it would be spending $8 AUD billion more than it is now.

“I got Marcus Hillyer from ASPI to do some stats on what would have happened to our spending figures over the last 25 years if we’d kept them up. If we’d done that, at the minimum, we would be now spending $8 billion a year more on defense,” Beazley said.

“Our defense forces would look absolutely nothing like the way they appear now,” he said. “This year, our expenditure in the budget on the disabilities insurance surpassed our spending on the [defense] fix. There needs to be a truly massive smartening up here.”

Beazley also took the opportunity to press for the US to help break the tight grip China has on the international market for rare earth minerals. Beazley noted that 3,400 American weapons use Chinese rare earth minerals and China has signaled that it could cut off the flow.

“The Chinese have already sent in legislation, in 2019 and 2020, that they will not permit rare earths to be sold from them to any company which is producing weapons for a potential enemy. I have never been able to figure out why the Chinese in the circumstances of our current competition, don’t pull the trigger on that, particularly after the decisions that have been taken on selling [computer] chips to China, for example, but they haven’t,” he said.

In Western Australia and the Northern Territory are mines that, he said, could “in very short order” be revived and, in five to 10 years, the allies could “extract and process sufficient of those materials to completely replace that dependency that the United States — for that matter, Europe — has on China.” While Australia is the geographic home of the resources, he noted that Japan keeps the one active mine up and running, and called on the US and other partners to increase investments in that area.

The conference also involved discussion of quantum computers, communication devices and related technologies, an area where China has a bold plan to become the global leader, alongside artificial intelligence. One of the world’s top quantum scientists — who was actually named Australian of the Year in 2018 in part for her work on the subject — believes that “we’ve been too complacent for too long in the West in general, thinking that we’ve got leadership in these different areas.”

Michelle Simmons, director of the center of excellence for quantum computation and communications technology at the University of New South Wales, told the conference that allied democracies must do more. “But leadership comes about from hard work and being hungry and moving fast. And so right now, I mean, I’m very much in the view that we need to be moving faster, working harder and working together. And I think it’s absolutely imperative that we do so. We can’t afford to underestimate under what’s happening.”

One country outside of the AUKUS agreement — Japan — stands ready to offer help across these issues.

Earlier in the day Japan’s ambassador to Australia, Amb. Shingo Yamagami, told the conference his nation was prepared to host Australia’s future nuclear submarines and wants to participate in the AUKUS alliance on “specific projects.”

“Japan stands ready to discuss with Australia, the US and the UK areas where we can co-operate bilaterally on defence technology,” he said.

The anniversary of the death of John, the Baptist