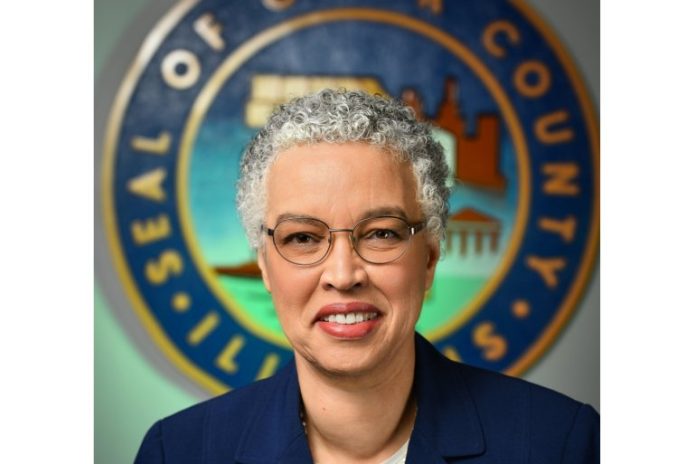 Oh, so you see the word “winner”  in a headline and you expected what, a photo of Gov. J.B. Pritzker, the Democrat and Commodius Maximus of Illinois?

J.B. isn’t a “winner.” What did he win, really? Yes, the corporate legacy media kisses his behind because they’re used to kissing it. And yes, he’s the governor, but he didn’t “win” it. He bought it. The  governor of a failed state that he bought with his inherited billions that he didn’t work for. He spread so much sweet oily cash around, that Democrats and their mouthpieces required insulin.

The winner is woman who didn’t have billions. She’s got brains and balloons, and those sensible shoes. She knows government unlike so many in politics.

Boss Toni holds Chicago, the current Chicago mayoral campaign, and Chicago violent crime in the palm of her hand. She keeps them there right in her lap, under her control, and she just might pinch their necks off if they vex her. Also in that lap of hers along with her pet judges, and the chief judge, her county prosecutors, the county sheriff who runs her county jail, is her former office manager, gofer, hatchet-woman and Jussie Smollett supporter, Cook County State’s Attorney Kim Foxx.

With all those webs, Boss Toni controls the response to rising crime but media won’t put Boss Toni’s fingerprints near the scene.  Media shields her. Yes, she controls the Cook County Courts, and the judges, the state’s attorney, and Cook County Sheriff Tom Dart. That’s a boss…

In the recent Tribune’s editorial endorsement of Boss Toni, there were these chilling couple of lines.

“When we brought up the now-pervasive fear of violent crime in Chicago during our conversation, and the possible impact of legislation eliminating cash bail, Preckwinkle made the point that residents in more affluent neighborhoods are now getting a taste of what it has been like to live in the Chicago ZIP codes that have heard gunfire and feared carjackings for years. She made that observation with a sardonic chuckle…”