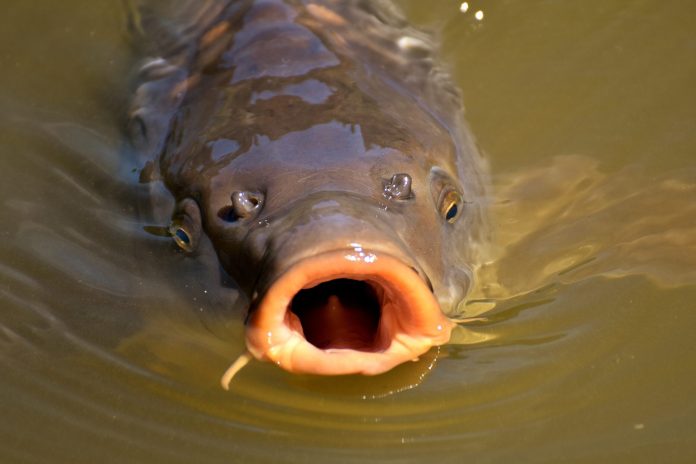 If implemented, the plan would target the European, or common, carp of Australia’s Murray-Darling Basin System, where the invasive fish have decimated native fish populations. Past removal efforts have failed to significantly impact the carp population, and carp now make up to 90 percent of the local fish populations in the basin. “We know the carp in the system is doing significant damage. They are bottom feeders. They increase turbidity, they reduce the quality of the ecosystem,” Emma Bradbury, former Chief executive of the Murray Darling Association, told The Guardian. “They’re absolutely disastrous,”.

According to the report, releasing carp herpes into the wild could reduce carp populations by 40 to 60 percent—and by up to 80 percent in less resilient populations. “The carp virus will not infect humans or any other mammal, and there is considerable evidence the carp virus will not infect other non-target species (e.g. native fish),” write the study’s authors. However, the authors note that more testing is required before implementing such an effort to make sure it would not negatively impact native species.

The National Carp Control Plan is the largest feasibility assessment of a biological control agent like carp herpes in Australia. The carp, which breed in large spawning groups, would spread the virus and die quickly if released into the waterway. One of the biggest challenges that remain to be resolved before implementation is the removal of dead carp. If left to rot in waterways, the decomposing carp could cause fish kills of native species.

A 2019 assessment estimates that a carp biocontrol program could cost around $190 million. Plus, the report notes that regulatory approvals and extensive stakeholder consultation must still occur.

Would a Similar Plan Involving Carp Herpes Work in the U.S.?

In the United States, invasive carp are also a major issue. Dr. Nicholas Phelps, an Assistant Professor at the University of Minnesota and director of the Minnesota Aquatic Invasive Species Research Center, called carp “one of the most problematic and ecologically damaging invasive fishes to freshwater systems.”

Outbreaks of KHV have been found in Michigan, and researchers have begun to investigate how the North American strain of the koi herpesvirus impacts other fish species. In a tweet, Dr. Phelps wrote that the “North American strain of koi herpesvirus (CyHV-3) does not infect fathead minnows or goldfish, but [is] highly lethal to common carp.” He continued to say that research findings support “the host-specificity of this emerging (and maybe useful) virus.”

Based on these findings, Dr. Phelps tells F&S using KHV in the United States to manage carp “would be a relatively safe management strategy.” The use of KHV would look fairly different than Australia’s plan since carp are mostly found in shallow, contained water bodies here, rather than more extensive ecosystems like the Murray-Darling Basin System. KHV is also naturally found in U.S. waterbodies, while in Australia, the virus would be newly introduced.

“This isn’t a silver bullet by any means. It would be just another tool in the toolbox,” said Phelps. “I’m not advocating for the release [of koi herpesvirus] right now. There are still some questions that need to be answered.”