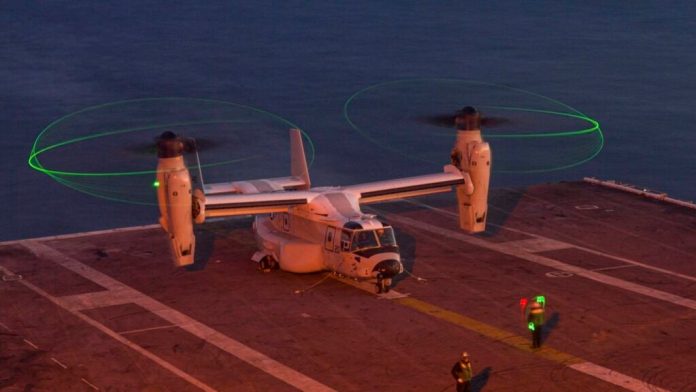 In a period of global competition and conflict, the liberal democracies need to accelerate their capabilities to defend themselves and to find ways to enhance their deterrent capabilities not just for the long haul but in the short to mid-term.

My recent visit to Australia, where I met with new service chiefs of the Australian Defence Force as well as a number of defense analysts and policy makers in the run up to next year’s strategic review, underscored this point. Maj. Gen. Anthony Rawlins, Head of Force Design for the ADF, put it this way: “fighting tonight means going with what you have, and what you can feasibly obtain and field in the short term. We need to, as a first imperative, [be] immediately and maximally lethal and survivable against a very different potential adversary in the short-term.”

To provide enhanced capabilities in the short to mid-term requires tactical adjustments as well as strategic rethinking. One area one can do this for the US Navy fleet is in the area of enhanced logistics for a distributed fleet, one spread out to enhance survivability and its ability to enhance its capability to operate more effectively in an extended battlespace. Usually, the discussion doesn’t start with logistics when having such a conversation, but the US Navy has made a crucial decision which simply has to be enhanced and accelerated to have direct impact in the mid-term to create a more capable fleet.

That decision was to replace the C-2A fixed wing aircraft with the Navy variant of the Osprey, or the CMV-22B. The Navy has contracted to buy 48 CMV-22Bs (44 of the program of record’s 48 have been ordered to date) to provide for peacetime resupply of large deck carriers. Adding 24 rotorcraft to the buy in light of having a hot production line now could enhance the ability to logistically enable the large deck carrier, as well as the broader fleet, to operate in a contested environment.

But there is a significant catch to such a prospect – the production line is facing a shutdown prior to being able to buy the full complement of CMV-22Bs needed to support the carrier in contested logistical operations. When the production line shuts down, the significant supplier base will trim down as well, to the baseline requirements for sustaining existing aircraft. And if the Navy were to decide after the shutdown to ramp up production again, delays would be inevitable and costs significant to re-establish an effective supply chain and production line for a new build CMV-22B.

The CMV-22B enhances the lethality and survivability of Nimitz class carrier and the new generation Ford class carrier. Vice Adm. Kenneth Whitesell, commander of Naval Air Forces (NAVAIR) and Naval Air Force, US Pacific Fleet commented on one aspect of this development as follows: “Then there was the issue of being able to land on an aircraft carrier at night.

Whitesell said the CMV-22B can do that, while the Navy has been “reticent in the past” to allow Greyhounds to do night carrier landings “based on the  avionics in that platform. It has “the ability to get it on and off the deck in a rather rapid fashion,” Whitesell said.

“I don’t have to clean catapults three and four and land to COD. I can now land it just like a helicopter. I can reposition it. As soon as it offloads, or prior to onload, I can take it back into starboard delta” — a Navy term for a holding pattern used by the helicopters and COD aircraft flown on the starboard side of the ship, and using right-hand turns at 500 feet.

What can be missed is the impact of this capability on the lethality and survivability of the carrier itself. When the carrier is threatened and is forced to go Winchester on weapons, you don’t want to depend on delivery of weapons only during day time. With CMV-22B you don’t have to. Also, it has the speed and range required to get the weapons to the carrier on time.

That is for the Nimitz class carrier. For the Ford class (the USS Gerald R Ford is currently on its first operational deployment, working with six NATO allies in the Atlantic) there is more. The Ford class has an augmented workflow compared to the Nimitz. The island on the USS Gerald R. Ford has been moved 140 feet aft and is 30% smaller. What this allows is significant additional space for aircraft refueling and weapons loading operations, with the area forward of the island able to accommodate more combat aircraft. The CMV22-B can be parked in the usable space described and unloaded its munitions directly into the weapons elevator, which comes directly to the deck. In other words, the CMV-22B’s ability to land at night, and its ability seamlessly to fit into the workflow of the new carrier, enhance the lethality and survivability of the large deck carrier. (For my assessment of the Ford see chapter five of my book The Maritime Kill Web in the Making.)

The fleet seen as mobile bases — for this is what seabases are — faces a significant future as part of a distributed joint force to shape congruent strike capability for enhanced lethality. This means not only does the fleet need to operate differently in terms of its own distributed operations, but also as part of modular task forces that include air and ground elements in providing for the offensive-defensive enterprise which can hold adversaries at risk and prevail in conflict.

The CMV-22B can operate across the distributed combat chessboard.  And because the Marines have deployed the MV-22B for decades, there is a very robust operational and sustainment expertise already in the fleet. What this means now is as the CMV-22B works to deliver core carrier logistics needs, it can operate as well across the fleet. It can be maintained in large part on non-carrier vessels as well as the large-deck carriers.

With the challenge of supplying the fleet from military sealift command ships at sea in contested operations, the aircraft’s role expands to support emerging logistical needs. The CMV-22B has unique capabilities in terms of speed and range which allow it to fill in a combat support gap in such situations.

In other words, the Navy faces a key strategic decision. Will it leave a very predictable contested logistics gap for the fleet? Or will it close that gap by ramping up its buy of CMV-22Bs with a hot production line in place? By adding 24 CMV-22Bs to the buy, provision for carrier resupply in contested operations would be significantly enhanced. This kind of decision, which provides an ability to ramp up fleet capabilities in the midterm and provide an input the kind of capabilities which the US Navy and allies like the Aussies need as well, for the Osprey can provide for point-to-point support to Aussie ships as well.

The Basics Of Baking

Better fighting vehicles and trucks are in the Army’s future