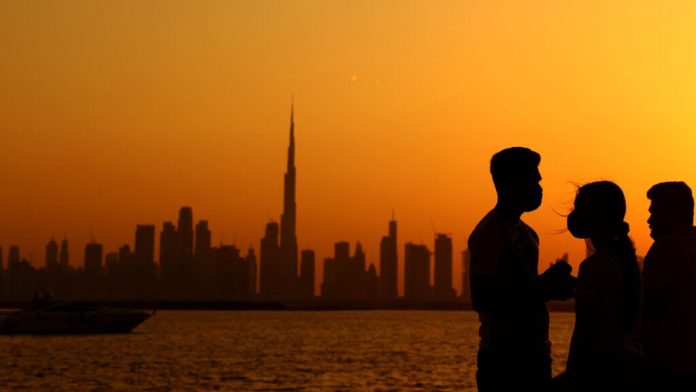 A general view of the Dubai Skyline on April 30, 2021 in Dubai, United Arab Emirates.  (Photo by Francois Nel/Getty Images)

PARIS — As Middle Eastern nations, especially Gulf kingdoms, race to modernize their technology and defense sectors while still boosting local production, Thales finds itself among the major defense players that sees an avenue to growth through subsidiary companies, an executive for the French firm told Breaking Defense in a recent interview.

The company’s vice president for the Middle East, Emmanuel de Roquefeuil, said the French firm currently has some 1,500 people in the region and is aiming to double that figure within five years. To do that, and in light of local restrictions on foreign firms operating independently, Roquefeuil said Thales will expand its use of subsidiaries and partnerships with local firms, universities and government entities.

The demand for Thales products, from mine countermeasures to counter-UAV tech, has only increased, he said. The industry’s future will all be about localization.

“The Middle East is a strategic region for Thales, and it has started its journey towards industrial and digital autonomy to localize defense industrial spending,” he said. “Thales wants to contribute to the development of a local digital ecosystem in line with the policies in the region, accelerating transfer of knowledge and technology, as well as creation of high-value data-scientists jobs.”

Breaking Defense spoke to Roquefeuil during the Euronaval conference in Paris in October, where several of the firm’s systems were on display. The following transcript has been edited for length and clarity.

BREAKING DEFENSE: What is Thales’s strategy in the Middle East and what are its main interests in the region?

ROQUEFEUIL: Thales strategy in the Middle East is based on three major pillars: our customers, stakeholders and people. We have a definite strategy for each of them.

With localization efforts, it is harder for foreign companies to increase exports to the Middle East. How is Thales dealing with this? 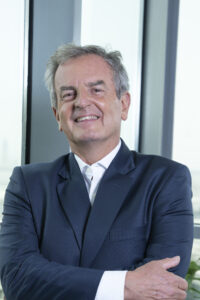 In the Middle East we are 1,500 people and we have been in the region for 50 years. We are generating a significant portion of revenues, and 60 percent of this revenue is defense-related with the development of sovereign technologies. In this context, the best way to innovate is to do it locally with our customers. We are thus clearly developing local companies like Thales Emarat Technologies in the UAE. There is a strategic relationship between France and the UAE in the domain of sovereign technologies. Based on Thales products line that is put at the disposal of Gulf countries, we can generate new IPs and products with the Middle Eastern countries.

Thales has developed its local footprint in UAE, through localization strategy. Thales Emarat Technologies  is the best example of this. It is embedded in the UAE ecosystem and is fully aligned with the UAE’s national strategy and the visions of its leadership to develop a nation that is at the forefront of innovation, has strong human capital and is self-reliant. Thales Emarat Technologies was created to develop centers of excellence in critical systems such as radars, digital communications and a variety of defense aerospace technologies.

Related to innovation, the Competence Centers that we have developed are key in maintaining a privileged link with local entities and in developing innovative solutions. Moreover, Thales is never acting alone in an environment like the Middle East. Thales is embedded in the local industrial ecosystem and rely as much as possible on the local supply chain.

What is Thales pitching the Middle East countries? And what particular Thales systems are of interest to this region?

Warfare is intensifying, so collaborative combat and resilience are clearly a priority to the region as we have recently witnessed attacks by drones in the Middle East. In this regard, Thales is supporting [confronting] certain scenarios, like attacks by drones, including UAVS at low-speed, low altitudes and unmanned surface vessels. Clearly counter-UAV is a capability, which mainly governments are looking for today, whether aerial or naval. As a result, we are aiming to develop the market of counter UAV systems in the region.

Another emerging threat and technology is anti-mine warfare, and protecting the shores, especially in the ME and the Gulf. Different countries around the world, not only in the ME, have shown interest in Thales Mine Counter Measure (MCM) systems. ME countries are looking for radars (and mainly the new version of digital radars such as Thales SeaFire) to be integrated on frigates, or other types of ships. As threats are increasing, I am confident that we will see this type of technologies in the ME.

In the space sector, how is Thales supporting the ME countries develop their defense capabilities?

Today we are part of UAE’s FalconEye satellite system with Airbus, and the system is operational and delivering excellent services to the country. Thales is also part of the telecommunication satellite in the UAE, and in the space sector, we are in discussion with Gulf Cooperation Council countries that are really looking for acquiring space capabilities for observation or military communication.

What is your next five-year plan in the region?

Today Thales has 1500 employees in the ME, five years from now we expect to double this number.

The Middle East is a strategic region for Thales, and it has started its journey towards industrial and digital autonomy to localize defense industrial spending. This is in line with the ambitious national vision to reduce reliance on foreign import, attract and develop the intellectual capital needed to allow them to compete on the global stage. Thales wants to contribute to the development of a local digital ecosystem in line with the policies in the region, accelerating transfer of knowledge and technology, as well as creation of high-value data-scientists jobs.

The Maltese Falcon had its world premiere on October 3, 1941.

Providing Pictorial Gear Manuals for Your Group, by R.H.