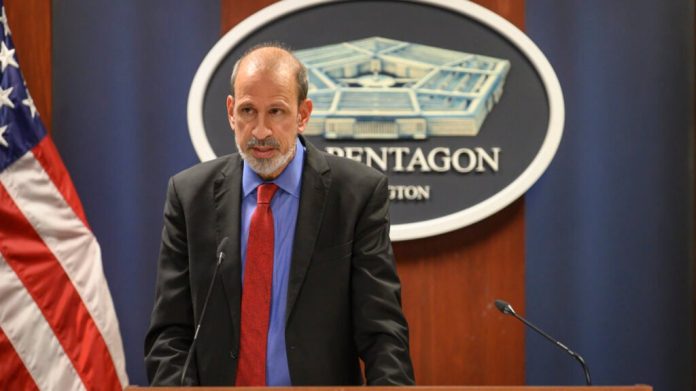 WASHINGTON —  The Pentagon has failed its annual audit for the fifth year in a row, an expected result that nonetheless represents something of a disappointment for an effort that officials hoped would continue steady, if incremental, year over year progress.

Of the 27 military agencies audited, seven received a clean audit and one received a qualified opinion — a term used to describe an audit that will be clean after resolving a key issue. That’s “basically the same picture as last year,” Pentagon Comptroller Mike McCord told reporters on Tuesday ahead of the audit’s release.

The ultimate result of the audit was “a disclaimer of opinion,” a technical term that denotes when an auditor cannot give an opinion, essentially indicating that the audit did not come back clean.

“Not the progress I would have hoped for,” McCord said. “We had hoped to get one or two of those knocked off.”

However, McCord also noted advancements in certain areas, specifically in the use of big data software like Advana, which uses automated “bots” to crunch numbers and reduce financial management tasks — helping reduce the workload for the Pentagon’s financial management staff and ensure that information captured is accurate.

Altogether, McCord characterized the department’s progress as “somewhat modest” and although he expects future audits to show continued improvement, he cautioned it will take time.

“We are seeing people invest in systems, and analytics and things like that I think are going to pay off. But at the same time, it’s fair to say that we have some challenges, in particular, on putting a value on inventory. That is still a pretty big hill for us to climb,” he said.

The comprehensive Defense Department audit is comprised of 27 different audits performed by independent firms, which are then consolidated into the overall audit by the DoD Inspector General.

During the process — which covers more than $3.5 trillion in Defense Department assets — about 1,600 auditors conducted 220 in-person site visits and 750 virtual site visits, reviewing business processes, counting pieces of equipment and pouring over 29,000 documents, according to the Pentagon.

The Pentagon has failed every audit since 2018, the first audit of the department ever performed in its history. In 2020, the Pentagon’s acting comptroller Thomas Harker signaled that the department could begin to pass its annual audit as early as 2027, but McCord said last year that the department isn’t close enough to that date to know for sure whether that goal is viable.

McCord said audits can help detect fraud and, when clean, can improve taxpayer confidence in the Pentagon’s financial processes. However, he noted that the Pentagon has other mechanisms to root out wasteful spending that the audit cannot capture.

“Not to undervalue the audit, but in fairness, passing an audit doesn’t tell you that you spent the money wisely, it shows that you can match the records of the obligations in the financial system to the contracts,” he said.

At the same time, the situation in Ukraine is providing a “teachable moment” for why it matters that the Defense Department accomplish a clean audit that establishes it has an accurate count of everything its purchased.

“We’ve not been in in in a conflict with a peer competitor —  a kinetic conflict — as Ukrainians are with the Russians,” McCord said. “We’ve not been in a position where we’ve got only a few days of some critical munition left. But we are now supporting a partner who is. And so when they appeal to us for help and say, ‘I’ve got a week’s worth left of something. …When can you get me more?’ that’s, to me, a really great example of why it matters to give this sort of thing right.”

October 5, 1703 was the birthday of Jonathan Edwards.