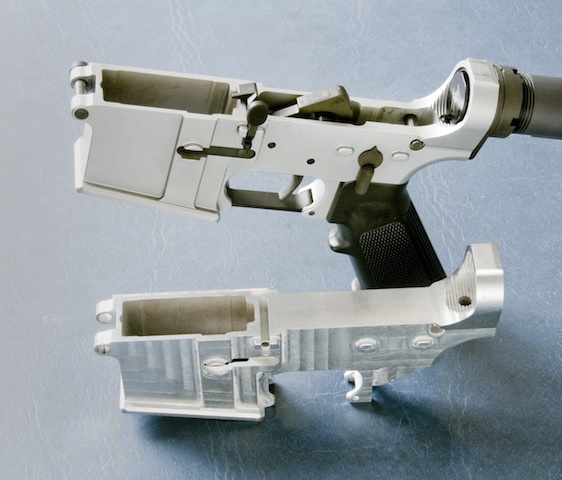 The ATF has been concerned about the definition of a “firearm” as it’s currently written into law for years. That definition, as codified in the Gun Control Act, has given them fits and nightmares when defendants’ attorneys have actually read the law and found that prosecutions brought by the ATF have been based on nothing more than regulatory fiat.

That threatened the ATF’s ability to do what it does…regulate. And with the advent of the Biden administration, there was a new executive branch mandate to redefine the terms in order to crack down on (read: kill) the 80% lower and frame business and, along with it, as much homemade firearms production in America as possible.

Toward that end, the agency proposed and put in place a new redefinition of the terms “firearm” and “frame or receiver.” The problem with the ATF’s latest regulatory legerdemain is, of course, those definitions are already been clearly laid out in the law as written and passed by Congress. The ATF’s latest definition doesn’t comport with black letter law.

That’s what prompted the Firearms Policy Coalition and the Mountain States Legal Foundation to sue the ATF and DOJ, challenging their attempt to rewrite firearms law while skirting Congress and the legislative process. So far, they’ve won an injunction preventing the ATF from enforcing the agency’s new rule against the plaintiffs in the case.

We talked to the FPC’s Cody Wisniewski and MSLF’s Kaitlyn Schiraldi and Erin Erhardt about the case and where things currently stand.

TTAG: What exactly is this case and what’s it about?

Cody J. Wisniewski: In technical terms, VanDerStok v. Garland is an Administrative Procedure Act lawsuit against the Bureau of Alcohol, Tobacco, Firearms, and Explosives(including Steven Dettelbach, its Director) and the Department of Justice (including Merrick Garland, as Attorney General) challenging the agencies’ promulgation of a rule redefining “firearm,” and “frame or receiver,” and completely altering the landscape of federal firearm regulation.

But that’s a lot of legalese.

In the real world, FPC and Mountain States Legal Foundation have teamed up to sue the ATF and DOJ for rewriting federal law. These agencies are changing decades of precedent individuals, companies, and the industry have all relied on through an “agency rulemaking” that does an end-run around Congress. All because the president couldn’t get Congress to pass a law that he campaigned on that would tread upon millions of people’s rights.

As many people know, gun controllers have long sought to ban anything that affords people the ability to safely and effectively manufacture their own firearms. The idea that federal law doesn’t prohibit self-manufacture is incomprehensible to them.

They want to do everything they can to stop people from making their own self-defense tools (something FPC has established as a key practice in our American tradition). So, gun controllers and the federal government have targeted self-manufactured firearms and the tools and items that can be used to make them—derisively labeling them as “ghost guns” and “ghost gun kits.”

The rule that we’re challenging is the culmination of that process. It’s an attempt to make self-manufacture more difficult, to kill an industry that caters to peaceable individuals, and to wield the might of the federal government to further regulate individuals’ natural and fundamental rights.

TTAG: Who’s bringing this case and who do you represent?

Kaitlyn Schiraldi and Erin Erhardt: Mountain States Legal Foundation partnered with our colleagues at Firearms Policy Coalition to fight against the federal government. As public interest law firms, we bring cases at no charge to our clients. This ensures individuals’ rights aren’t violated simply because they can’t afford potentially decades-long litigation (in some cases costing upwards of a million dollars).

We represent two individuals, Mike Andren and Jennifer VanDerStok, and a retailer/producer, Tactical Machining. Mike is a retired aerospace engineer. Jennifer is a former teacher and law enforcement officer. Both of them are self-sufficient, sensible firearms owners who simply want to have the ability to make their own self-defense tools without the government looking over their shoulders.

Tactical Machining is a producer and retailer that’s been in business for nearly fifteen years. The company primarily sells items that weren’t previously regulated as firearms, but now fall under the new rule.

Because of our lawsuit, the ATF is currently enjoined from enforcing the rule against Tactical Machining and its customers. If the rule is ultimately allowed to stand, Tactical Machining—and hundreds, if not thousands, of similar small businesses—will likely go out of business.

Cody: There are several issues with the agency’s rule. The biggest is so-called “80% lowers.” While our industry often calls these items “80% frames” or “80% receivers,” that term is a misnomer for two reasons.

First, these aren’t “80%” complete. There’s no magic percentage of completion that converts a block of aluminum into a receiver or polymer into a frame. Instead, since these items came onto the market, the ATF has looked to specific manufacturing factors in order to determine if something is a “frame or receiver” of a weapon—which factors aren’t met by these items.

Second, and more importantly, “80% lowers” are neither “frames” nor “receivers.” While more convenient, those are technical terms that denote items the ATF has be given authority to regulate by Congress via the Gun Control Act. The items the industry has labeled “80% lowers” aren’t “frames or receivers” of weapons as defined by the Gun Control Act, and thus they aren’t subject to regulation by the ATF.

Beyond those, there are several other issues, such as the ATF’s newly defined terms “complete weapon” and “readily,” the agencies’ unclear interpretation of their own rule, their regulation of speech through prohibitions on instructions, and other constitutional issues. There are also several procedural defects that the rule suffers that fail to comply with the APA.

TTAG: What is an APA Case?

Kaitlyn and Erin: An APA case puts the agencies’ decisions under a magnifying glass, allowing courts to decide if an agency action was “arbitrary and capricious.” Agencies are given authority, under statutes Congress has written, to create regulations. The purpose of regulations is for the expert agency to “fill in the gaps,” but an agency can’t rewrite legislation and give itself more power.

We brought an APA case because we want the courts to take a closer look at the newest regulation the ATF promulgated and find that the ATF did indeed rewrite legislation—a task that’s reserved for Congress.

The ATF rewrote the definition of “firearm,” a term Congress has already defined. If the Court agrees with us, the ATF’s regulation will be deemed unlawful and struck down, sending the ATF back to the drawing board.

TTAG: What has happened in the case so far?

Cody: There have been a few major milestones so far. First, to start the case, we filed a “Petition for Review,” which is basically a complaint for those of you familiar with legal procedure. That’s what formally begins the case and lays out or claims against the agencies.

Next, we filed for a Preliminary Injunction, which essentially asks the Court to stop the agencies from enforcing the new rule while we litigate the case. In a huge win, the Court granted our request as to our clients, including Tactical Machining and its customers, and has stopped the agencies from enforcing their rule against them. In so doing, the Court also determined that we were substantially likely to win our case and that the rule likely exceeds the ATF’s authority—meaning the agencies are regulating things that they have no authority to regulate.

But the story doesn’t end there. In response, BlackHawk Manufacturing (known to most of us as 80 Percent Arms, and also a member of FPC) sought to, and was allowed to, formally join the case. We argued to the Court that our injunction should cover FPC’s members, but the Court didn’t agree with us and didn’t extend the injunction that far.

As such, 80 Percent Arms made the decision to get involved and to also seek an injunction to protect itself and its customers. The Court agreed that 80 Percent Arms met the same requirements Tactical Machining met and granted them the same protection for the ATF’s likely unlawful rule.

Additionally, like 80 Percent Arms, Defense Distributed (another FPC member), and Second Amendment Foundation are also seeking to join the case. They just filed their request this month, and the Court hasn’t made a decision yet.

TTAG: What’s next, what should our readers keep their eyes open for?

Kaitlyn and Erin: There are two ways this case is going to be moving forward. First, the federal government is appealing our injunction. Unsurprisingly, the agencies don’t like that they can’t enforce their rule, so they’re trying to get the injunction dissolved. We will be fighting their appeal at the Fifth Circuit while we continue pushing our full case in the District Court.

Second, to that end, the Court recently requested additional briefing specifically on the question of the scope of the federal agencies’ authority, or lack thereof, in issuing and seeking to enforce the final rule. Those briefs are currently due in early December, and we’re confident that the Court will continue to see that the agencies lack the power to issue and enforce these new regulations and attempted redefinitions of federal law.

TTAG: Is there anything else people should know about the case?

Cody: The big takeaway is that this case is far from over, but we’re very encouraged by the wins so far. The Court has been very attentive to the issues and focused on moving the case along quickly.

We’re proud to have been granted the first injunction against the rule in the nation and look forward to keeping that momentum through the rest of this case. A win striking down the entirety of the rule has the potential to benefit everyone across the United States, not just the parties to the case.

Kaitlyn and Erin: What the public may not realize is that fighting for our constitutional rights takes time. Every small victory gives us the energy to keep pushing forward; every setback gives us twice the energy.

We’re dedicated to fighting the erosion of our natural rights. The long-term goal is to uphold the ideals of our nation’s founding, and long-term goals aren’t achieved overnight. We’re thankful for our brave clients who love the Constitution as much as we do.