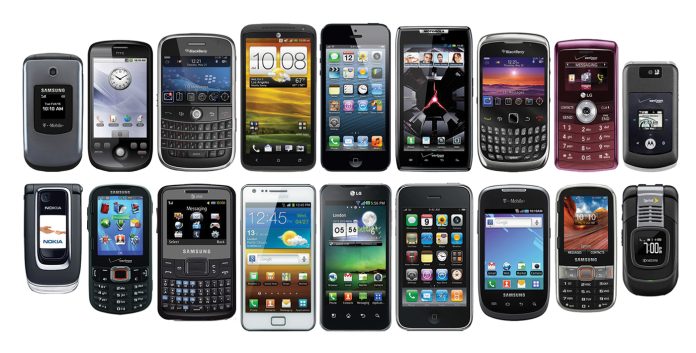 SurvivalBlog presents another edition of The Survivalist’s Odds ‘n Sods— a collection of news bits and pieces that are relevant to the modern survivalist and prepper from “JWR”. Our goal is to educate our readers, to help them to recognize emerging threats, and to be better prepared for both disasters and negative societal trends. You can’t mitigate a risk if you haven’t first identified a risk. Today, we look at smartphone vulnerability.

First up, reader F.J. sent this: Emergency SOS via Satellite for the iPhone 14 Is Almost Ready.

And here is another report in The WSJ: Apple’s iPhone 14 Satellite Emergency SOS Is Live. You’ll Hopefully Never Use It.

JWR’s Comments:  This new feature will probably save some lives. But keep in mind that whenever you have a battery in a cell phone, it can be tracked. And now, with this new satellite technology, you can conceivably also be tracked when you are outside of normal cell phone coverage areas. There seem to be ‘back doors” built into most new communications and computing technologies. So this is another good reason to find a phone with a removable battery.  (Yes, there are a few Android smartphones available with removable batteries.)

“All twelve unions involved in the negotiations must agree to ratify their new contracts, or a strike could take place, devastating supply chains and the economy at large, costing an estimated $2 billion a day. Congress is expected to get involved if a work stoppage is triggered, but multiple unions have agreed to continue negotiating into early December.

So far, seven unions have voted to ratify their contracts, and now three have voted against it. The remaining two unions’ ratification vote counts are slated to be announced next week.”

Several readers have contacted me about the draconian new gun law package passed in a referendum vote: Measure 114.  It is uncertain when the law will actually take effect. And undoubtedly part or all of the new regulations will be struck down by the courts.  In the short term, it is leaving Oregonians scrambling to lay in supplies.  It is feared that it will take upwards of a year to establish training programs. Thankfully, the new regulations exempt antique guns made in or before 1898 — so they can still be freely bought, sold, given, or traded without paperwork, permits, fingerprinting, and mandatory training.

The Center Square published this report: Movement to create a new state in southern Illinois gaining momentum. (Thanks to reader C.B. for the link.)

The Last Temptation of Things

Reader M.G. recommended an essay by Edward Curtin at The Burning Platform that illustrates prepping versus hoarding: The Last Temptation of Things.

The Democrats Just Stole Another Election

You’ve been the victims of nonstop severe gaslighting for a decade now. You’re all part of a human psychology experiment in the limits that government and media can go in propaganda and brainwashing…while you can see they’re lying right in front of your eyes.

And these are the exact same people now telling you Democrats just over-performed, and stopped a GOP red landslide, against all odds, without cheating and stealing the midterm election. “

FBI Had Up to Eight Proud Boys Informants for January 6

Lastly, i found this linked over at the Whatfinger.com news aggregation site: NYT: FBI had as many as eight informants inside the Proud Boys around January 6.

Guide to Rechargeable Batteries for Preppers

Robbery Suspect Shot and Killed by Customer at QuikTrip