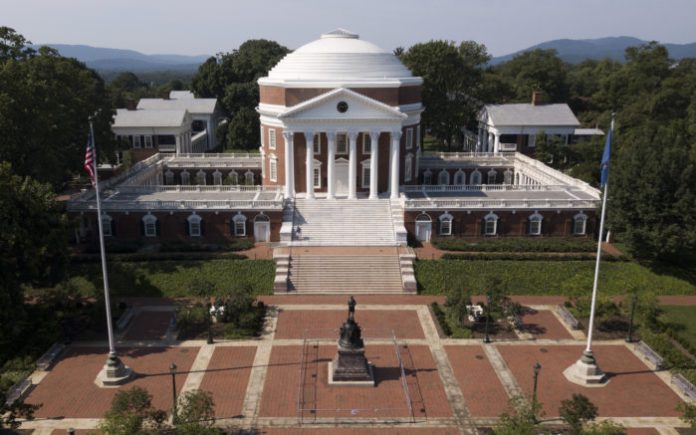 The University of Virginia will pursue an external review of whether its leadership “did all we could” to prevent the on-campus shooting that killed three football players and injured two students earlier this week, the university’s President Jim Ryan said.

“The criminal investigation is underway. And we are also inviting an external review with respect to the university’s interactions with the suspect and whether we did all we could to prevent or avoid this tragedy,” Ryan said in a video message posted on social media Wednesday night. “This will likely take a while, but we will share and act upon what we ultimately learn.”

The university did not immediately provide further details Thursday, though Virginia State Police announced it would be the lead agency in the criminal investigation. State police plan to provide an update later Thursday on the probe, according to a news release.

A UVA student and former football player, Christopher Darnell Jones Jr., faces second-degree murder and other charges in the Sunday night shooting, which broke out on a bus returning from a field trip in Washington. The 23-year-old is currently being held without bond.

A witness told police the gunman targeted specific victims, shooting one as he slept, a prosecutor said in court Wednesday during Jones’ first court appearance. Authorities have not addressed a possible motive, and neither Jones nor his attorney addressed the substance of the charges in court.

Football players Lavel Davis Jr., D’Sean Perry and Devin Chandler were killed in the violence. A female student who was injured has since been discharged from a hospital. Football player Mike Hollins, who was also injured, underwent surgery and is still recovering in the hospital.

Hollins was “progressing positively” on Thursday and will hopefully begin to take some steps, according to Joe Gipson, a family spokesperson.

Ryan also announced in his video that the university would host a memorial service Saturday to honor the lives of the victims, as well as the two people injured. UVA announced Wednesday that it had canceled its scheduled Saturday game against Coastal Carolina.

“It is possible and perhaps likely that we will never find one single thing that will explain this. It may also be that we never truly understand why this happened. But what we learn, we will share,” Ryan said in his video message.

The university said earlier this week that Jones drew the attention of the university’s threat-assessment team this fall in the context of a “potential hazing issue.” UVA has declined to elaborate. Athletics director Carla Williams said she wasn’t aware of any connection between the apparent hazing issue and the football program.

During its threat-assessment review, university officials began investigating a report that Jones had a gun and ended up discovering Jones had previously been tried and convicted of a misdemeanor concealed weapons violation in 2021, which he had failed to report, according to a statement.

The school initially said it “escalated his case for disciplinary action” on Oct. 27. But a spokesman, Brian Coy, revised the timeline Tuesday night. He said that likely due to either a human or technical error, the report had not actually been transmitted to the University Judiciary Committee, a student-run body, until Tuesday night after the shooting.

From ‘football’ to ‘biscuits’: how Biden would launch nukes