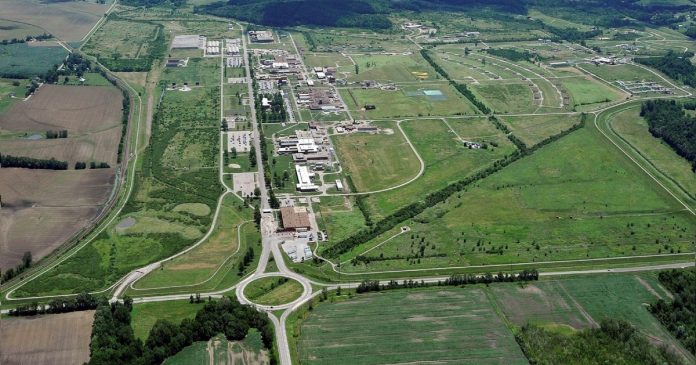 The US Department of Defense has awarded Winchester a cost-plus contract to carry out a manufacturing study to produce tracer projectiles for the US Army’s new family of 6.8mm weapons. The development will take place at the Lake City Ammunition Plant which Olin Winchester operates on the US Army’s behalf.

Back in May Winchester were awarded a $15 million cost-plus contract to design a new manufacturing facility for the NGSW ammunition. The earlier contract was intended to kick start the preparations for mass production of the ammunition to feed the new weapon systems. Lake City has previously provided the 6.8mm GP projectiles for the NGSWs but in the future, it will become the prime production hub for the Army’s various 6.8mm ammunition needs.

In April, shortly after the US Army announced that SIG Sauer won the Next Generation Squad Weapons competition Brigadier General Boruff, Joint Program Executive Officer, Armaments and Ammunition, noted that the Army would be seeking a family of projectiles and rounds for the new weapons including tracer, blank, inert training rounds and a reduced range variant.

Here’s Winchester’s announcement of the contract:

Winchester, the largest manufacturer of small caliber ammunition for the U.S. military, announced that the U.S. Army has awarded the company a $9 million cost-plus contract to complete a manufacturing study in support of tracer projectile production for the 6.8mm Next Generation Squad Weapon (NGSW) program.

“With the goal of improving soldier capability, this groundbreaking work will utilize new tracer technology to create robust production processes and enable the transition of prototype trace technology into fielded NGSW tracer ammunition. This NGSW tracer ammunition produced at Lake City will equip the future American Warfighter and help maintain the safety and defense of our nation.”

Matt is a British historian specialising in small arms development and military history. He has written several books and for a variety of publications in both the US and UK. He also runs Historical Firearms, a blog that explores the history, development and use of firearms. Matt is also co-founder of The Armourer’s Bench, a video series on historically significant small arms.