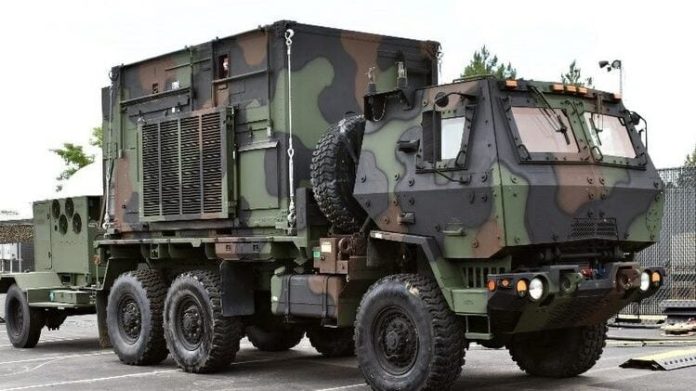 Northrop Grumman demonstrated and delivered the semi-autonomous, mobile TITAN pre-prototype system to the US Army and provided support during Project Convergence 2022. (Northrop Grumman)

WASHINGTON — The Army used the recently completed Project Convergence 2022 demonstration campaign to work out the kinks in the future TITAN all-domain ground station’s ability to rapidly and reliably relay satellite imagery to commanders and weapon systems, according to service officials.

Project Convergence is the Army’s effort to demonstrate capabilities to enable the Defense Department’s Joint All Domain Command and Control (JADC2) concept for managing complex battles with peer adversary across continents across the land, sea, air, space and cyber domains. This includes using machine-to-machine links to transmit data directly from sensors to shooters. This year’s iteration ran from between September and early November, and was based on two scenarios: one in the Indo-Pacific region and one in the European theater.

Northrop Grumman’s pre-prototype, delivered to the Army’s 1st Multi-Domain Task Force this summer, was tested in both scenarios, the Army spokesperson said.

The company won a Other Transaction Authority (OTA) contract in 2020 to build two pre-prototypes for the Army Tactical Exploitation of National Capabilities (TENCAP) office and the Pentagon’s Defense Innovation Unit, a Northrop Grumman spokesperson said in an email.

The Army expected to take delivery of the second pre-prototype in the second quarter of fiscal 2023, the Army spokesperson said.

TENCAP is an initiative dating from 1973 that is designed to exploit space systems for battlefield use, and rapidly integrate intelligence data derived from them into the Army’s tactical decision-making process. DIU’s mission is to identify cutting-edge commercial technology and find ways to rapidly field it with warfighters.

The goal of the pre-prototype project is to feed into the Army’s TITAN program of record, which is aimed at developing a ground station that can take in sensor data from platforms operating in all domains, not just from space, the Army spokesperson explained. Lessons learned using the Northrop Grumman pre-prototype in PC22 will be passed on to the program of record, led by the Army’s Program Executive Office for Intelligence, Electronic Warfare and Sensors (PEO IEWS) and the Product Manager Intelligence Systems and Analytics (PM IS&A) office.

Further, Northrop Grumman’s contract includes delivery of Space Ground Component Kits for integration with the ground stations developed by the program of record.

“The TITAN Program of Record will deliver a next-generation, expeditionary, scalable, and maneuverable platform at echelon that is designed to enhance deep sensing, tactical command and control, and targeting,” the Army spokesperson said. “By accessing sensor data from multiple sensors simultaneously across the space, high altitude, aerial, and terrestrial layers, TITAN will provide situational awareness and situational understanding across operations.”

PEO IEWS in June awarded competing OTA Competitive Prototype Phase 2 contracts, worth $36 million each, to Raytheon and Palantir to develop the multifunctional version of TITAN. The winner, to be chosen in the fourth quarter of FY23, will deliver all TITAN prototypes and variants, add in new technology, and prepare to transition TITAN to production and ultimately fielding.

The winner’s prototypes “will be delivered to the field for operational use and user feedback, as well as supporting Developmental Testing (DT) and an Operational Assessment (OA) prior to production start in FY26,” the Army spokesperson said.

Neither the Raytheon or Palantir prototypes under development participated in PC22, the spokesperson added.

Striker-Fired vs. Hammer-Fired: Which Is Better?