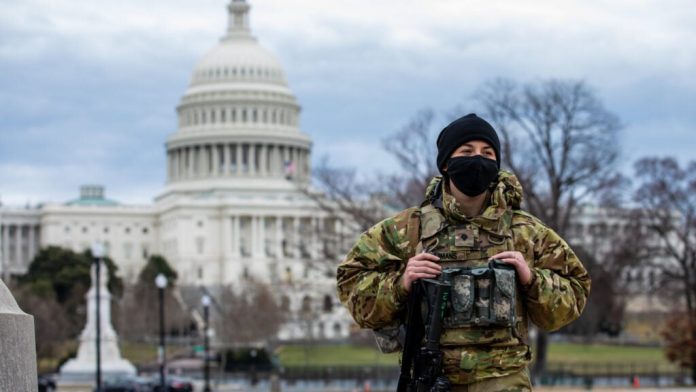 The National Defense Authorization Act is a complicated bill, grown out of a complicated process of rewrites that try to contend with military needs, political impulse and financial realities. In the op-ed below, the Heritage Foundation’s Thomas Spoehr says there are key provisions in both the House and Senate versions of the bill, and the final version should combine their wisdom.

Now that the midterm elections are (mostly) over and Congress is reconvening, lawmakers will need to tend to the work they were supposed to have done before the fiscal year ended on Sept. 30. That includes funding the federal government and finalizing the National Defense Authorization Act (NDAA).

There is broad bipartisan agreement that President Joe Biden’s budget request for defense was woefully inadequate. With inflation pushing past 8 percent, he asked for a fiscal year 2023 bump up of only 4 percent.

The House responded with a bill authorizing $22 billion more than the president requested. It passed the lower chamber by a more than three-to-one margin in July. In June the Senate Armed Services Committee approved, by an even more lopsided margin, a version exceeding the president’s request by $29 billion.

The full Senate, however, has yet to take it up the committee’s bill. And since June, senators have offered over 900 amendments for consideration. On Sunday Majority Leader Sen Chuck Schumer suggested the Senate would work “long hours” in the lame duck session to accomplish the work remaining. There is also the report that Schumer is going to pull the bill and move right to a conference a version of the NDAA that has been worked on behind the scenes.

It’s normally the issues that are only tangentially related to national defense that cause the biggest challenges in conference, in this case most likely some ill-considered social provisions. But after those are summarily dealt with, the leaders will need to adjudicate a few key issues in order to build the most powerful military possible. Here are seven steps that will allow Congress to take from each to resolve seven key issues in the final bill:

Strengthen shipbuilding procurement. Lawmakers should settle on a procurement of no fewer than 13 ships: three destroyers, two nuclear submarines, two frigates, one amphibious transport, two oilers, two medical ships and one salvage and rescue ship, as outlined by the House bill. The Senate version calls for only eight ships. For a Navy fleet that is already well short of the 355 ships experts tell us is necessary to deter China, every ship counts.

Increase funding for the National Defense Stockpile (NDS). The US relies on China for many raw materials vital to our national defense. The NDS is critical “insurance” against defense supply-chain disruptions. The final NDAA should reflect the language in the Senate version of the bill, which authorizes $1 billion for the National Defense Stockpile to acquire strategic and critical minerals currently in short supply—effectively doubling the value of the stockpile. It should also update the stockpile’s operating practices to give its manager more flexibility in acquiring new material.

Boost the US capacity to produce munitions. US munitions manufacturers are struggling to replace—for both US and allied forces—the stocks that have been drawn down to support Ukraine’s resistance to Russian aggression. The final bill should respond by authorizing multi-year procurements for munitions. This would allow the industry to increase its capacity, so that American munitions stocks can be replenished in two or three years, rather than seven or 10. Additional Defense Production Act Title III funding should also be included, allowing the president to directly invest money in the munitions industrial base to increase manufacturing capacity.

Keep the mandates to maintain an inventory of 186 F-22s. The F-22 is the most dominant air-to-air fighter in the world, and it is one of the youngest fleets in the Air Force. With the pending retirement of the F-15C, the F-22 will be the only fighter that is dedicated to this role. Any decision to retire it would prioritize cost over capability. Both versions of the bill contain similar language on this issue, but the House language is clearer and should be used in the final bill.

Remove the House provision that prohibits procurement of the Bridge Tanker aircraft. A critical capability, air refueling is in short supply, especially in any Indo-Pacific scenario. The Air Force should open the Bridge Tanker contract to competition now to ensure that the procurement of modern, fully capable replacement tankers continues without interruption.

Keep the Senate provision requiring a funding plan for acquiring at least 64 Next-Generation Interceptors (NGIs). The ballistic missile threat is rapidly increasing. This Senate version supports the eventual procurement of 64 NGIs to replace the entire existing fleet of ground-based interceptors. A uniform fleet of more capable interceptors is needed to keep pace with North Korea’s expansions and advances of their missile and nuclear programs.

Remove the House amendment that bars the sale of new F-16s, F-16 upgrade kits or modernization technology to Turkey. Turkey is a long-standing (albeit frustrating) ally of the United States and a member of the North Atlantic Treaty Organization. Prohibiting Turkey from buying new F-16s or even upgrading its current fleet would likely force Ankara to turn to Russia or other providers to refit its fleet of fighters.

Lawmakers and their staffs have labored to make the 2023 NDAA a bill that would strengthen national defense, and it shows. National defense remains one of the few areas where some bipartisanship still exists. Deciding these seven issues in favor of increased warfighting capability will help make a good bill better and will demonstrate Congress’s effective oversight of our armed forces.

A retired US Army Lt. General, Thomas Spoehr is the director of The Heritage Foundation’s Center for National Defense.

Finland, in NATO and with the F-35, forms a powerful challenge to Russia

PayPal walks back update to user policy that threatened a $2,500 penalty for spreading ‘misinformation’