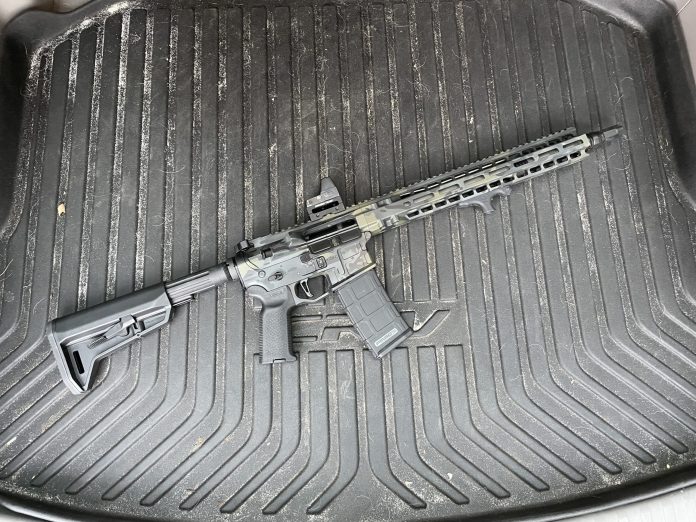 On a late summer evening, friends of John Stettin gathered at a bar called Kitty Cohen’s in East Austin to say good-bye. A carrot cake with “Good Luck” written in orange icing softened in the heat, but as far as they were concerned, the occasion was his birthday. “You can’t say, ‘Happy going away!’” said Jeff, his best friend, greeting him with a hug. “We’re just not happy. We’re all very sad about it.” Good-bye parties are inherently not that fun. They’re even less fun when they’re driven by a far-right takeover of the state government.

“Tell him he can’t leave,” whispered a woman seated under an umbrella. “There are too many Republicans…”

To hear Stettin tell it, that is precisely why he is moving out of what Rick Perry once described as the “blueberry in the tomato soup,” a predominantly Democratic city full of liberal expats like himself seeking progressive politics and an urban lifestyle at a red-state cost-of-living discount. “It was easy to just be in Never Neverland, floating with a bunch of other transplants having a good time,” said Stettin, who relocated from Dallas to Austin five years ago.

But then 2020 happened. As the pandemic raged, Governor Greg Abbott banned municipalities including Austin from implementing COVID measures such as mask mandates. The following year, amid a brutal winter storm, the state’s electric grid failed, killing hundreds and leaving millions freezing in the dark, and it has yet to be fixed. That summer, Abbott codified permitless carry and further restricted voting access. This past February, he ordered investigations into the parents of trans children for child abuse. By June, when the Supreme Court overturned Roe v. Wade, Texas was ten months ahead, having already effectively banned abortion with no exceptions for rape or incest and topped it with a $10,000 reward for informants.

“It’s like how a frog boils one degree at a time,” Stettin said. “They trigger-banned all abortion and they’re offering a bounty! What more do you need if you are a remotely liberal person to get the fuck out of here?” His destination was Massachusetts. “At least if I’m going to get into an argument with a guy in Boston,” he said, “he’s probably not carrying an AR-15 in his trunk.”

—  By Casey Quackenbush in Austin Has Been Invaded by Texas The progressive paradise is over for some, and they’re fleeing to bluer pastures.

Oregon Homeowner Shocked to Find Armed Felon in His Kitchen