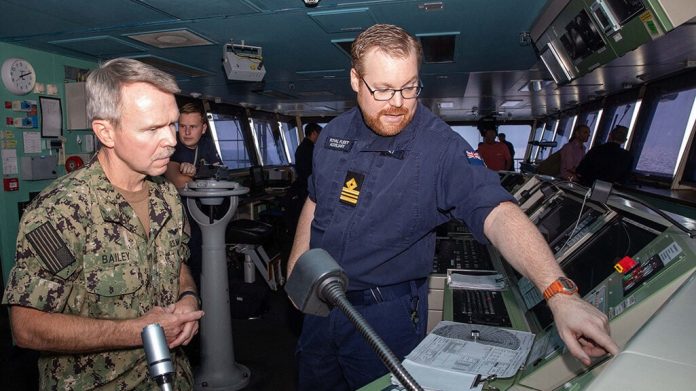 BELFAST — The UK has decided to delay approving a planned increase to defense spending, triggering concern that it will not follow through with a commitment made by the last government to elevate funding to 3 percent GDP by 2030.

Delivering the Autumn Statement (an annual UK spending review) to parliament on Nov. 17, Jeremy Hunt, UK Chancellor of the Exchequer, said that while he and Prime Minister Rishi Suank “recognize the need to increase defense spending” such a commitment would only be made once an updated version of the Integrated Review, an upcoming UK defense strategy document, had been published.

The so called “Integrated Review Refresh” is expected to be delivered by the end of the year.

“I have asked for that vital work [Integrated Review Refresh activities] to be completed ahead of the next budget and today confirm we will continue to maintain the defense budget [to] at least 2 percent of GDP to be consistent with our NATO commitment,” said Hunt.

The Integrated Review Refresh was originally called for by former UK Prime Minister Liz Truss to assess if UK defense priorities and capabilities should be changed in light of Russia’s illegal invasion of Ukraine. It is being led by Professor John Bew, the Prime Minister’s special adviser for foreign affairs and defense.

Ben Wallace, UK Defence Secretary, previously referred to the 3 percent GDP figure as a “planned marker” during a Nov. 2 Defense Committee hearing. He also told the Sunday Telegraph newspaper that such an increase would amount to an overall defense budget of £100 billion in 2030.

Outside of his defense budget statement, Hunt talked of the UK’s contribution to supporting arms transfers to Ukraine, revealing that the Ministry of Defense (MoD) had so far spent $2.7 billion since the start of the invasion.

That level of spending remains second on an international scale behind the United States, he added.

According to figures issued by the UK MoD on Nov. 16, London has so far provided Ukraine with:

The UK has also trained and equipped 9,000 Ukrainian “recruits,” many of whom are described by the MoD as having “little to no military experience” before the training. They are issued with personal protective equipment, helmets and body armor before returning to Ukraine to support the war effort.

Besides the Ukrainian support effort, the UK currently faces a number of troubling defense and procurement issues which includes uncertainty hanging over whether it will, as originally planned, buy 138 F-35B Lightning fighter jets. Problems persist too with pilot training for the fifth-generation aircraft, with London only having 33 pilots qualified to operate 27 jets (of 48 under order) so far delivered by Lockheed Martin.

Land domain problems are dominated by the Ajax armored vehicle program, manufactured by General Dynamics, which is beset with delays and safety concerns about noise and vibration.

Such are the magnitude of the Ajax issues that the MoD has been forced to admit that it has not determined a “realistic timescale” for entry into service.

The MoD has also received criticism for announcing cuts to the British Army which will see the force reduce in number from 82,000 to 72,500 by 2025.

How the US midterm elections could impact Indo-Pacific policy

Battle of the Wilderness (Battle of The Monongahela).