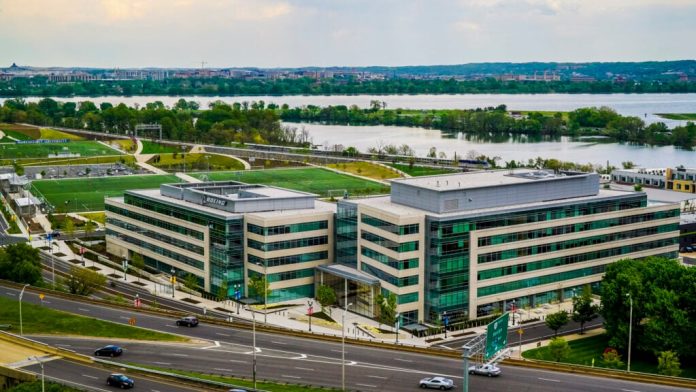 WASHINGTON — Boeing is overhauling its defense, space and security organization, cutting down from eight business divisions to four in the hopes of boosting performance amid a string of financial losses, the company announced today.

“I am confident this reorganization will drive greater and more simplified integration and collaboration across Boeing Defense, Space & Security,” said Ted Colbert, chief executive of Boeing’s defense sector. “These changes will help accelerate operational discipline and program quality and performance, while stabilizing our development and production programs. These are necessary steps to put BDS on the path to stronger, profitable growth.”

The four new divisions are:

Boeing’s previous business divisions included Fighters and Bombers, Autonomous Weapon Systems, Mobility and Surveillance Systems, Missile and Weapon Systems, Space and Launch, Vertical Lift, Phantom Works and International Government and Defence. All but the Vertical Lift division have been shuffled as a result of the reorganization.

According to the company, Air Dominance portfolio now includes all Boeing fighters, tactical aircraft and classified programs, including the F/A-18, F-15, T-7, MQ-25 and MQ-28 programs as well as the Virtual Warfare Centers.

Boeing’s bomber portfolio, which was previously grouped with fighters, will now be managed alongside mobility and surveillance aircraft, and include KC-46, SAOC, E-7, VC-25B, P-8, Bombers, AWACS/AEW&C, 777X components and all executive transport programs.

Space, Intelligence and Weapons Systems will include a huge range of programs, including space exploration and launch programs, satellites, munitions, missiles, weapon system deterrents, maritime undersea systems. It will also manage a list of subsidiaries that includes Liquid Robots, Insitu and Spectrolab.

Potentially the biggest change is the fate of Phantom Works, Boeing’s secretive advanced development division, which will see executive leadership of its aircraft and space programs split between Nordlund and Sears, respectively. A Boeing spokesperson said no further details about Phantom Works were available at this time.

No layoffs are tied to the reorganization, but there will be several executive level retirements as a result of the consolidation, the company said.

Tim Peters, who currently leads Boeing’s mobility and surveillance division, and Cindy Gruensfelder, who leads the missile and weapon systems portfolio, will retire after assisting with the transition. Jim Chilton, the senior vice president for space and launch, will become a senior adviser to Colbert in February 2023 on future space ventures.

The changes come as Boeing’s defense sector finds itself at a crossroads, with new leadership contending with systemic financial issues tied to its large number of fixed-price contracts with the US government. Under such agreements, Boeing is responsible for paying all expenses above the contract’s cost ceiling — making it more vulnerable to headwinds such as inflation, supply chain problems and labor shortages that have plagued the aerospace industry as a whole.

BDS has racked up about $4.4 billion in losses so far this year on fixed-price programs, primarily driven by the KC-46 tanker and the VC-25B programs (the latter effort better known as the next-generation Air Force One), but also including the T-7A Red Hawk trainer, MQ-25 tanker drone and Commercial Crew program with NASA.

“We have learned a ton of lessons, especially around contracting,” he said in July. “Frankly, we’ve had a discussion with our customers in the procurement space about those lessons learned. And we’ve all learned. So we’re working together to make sure that anything we do going forward will heighten the probability of getting things done in a timely manner.”

In October, Colbert tapped Steve Parker, who led Boeing’s fighters and bombers business, to take on a new position as BDS’s chief operating officer, Reuters reported. Under the new job, Parker will be tasked with drilling down into loss-making programs and figuring out to how to minimize future cost overruns.