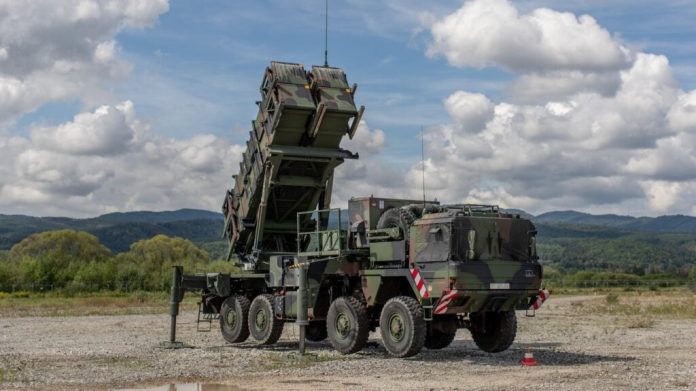 WARSAW — Poland today accepted an offer from Germany to deploy additional Patriot air defense systems there, following the deaths of two Polish civilians who were likely struck by an errant missile during a Russian barrage of Ukrainian cities.

“With satisfaction, I accepted the proposal of the German Minister of Defense to deploy additional Patriot missile launchers in our country,” Mariusz Błaszczak, Poland’s Deputy Prime Minister and Minister of National Defense, wrote early this morning on social media. “During today’s telephone talks with the German side, I will suggest that the system should be located at the border with Ukraine.”

Germany, Warsaw’s neighbor to the west and NATO ally, also offered Eurofighter jets to “help with defense of its airspace,” German defense minister Christine Lambrecht told the Rheinische Post newspaper on Sunday. A spokesperson for the German defense ministry said the details of the arrangement are yet to be worked out, including what role the Eurofighters might play.

Last week’s explosion in Przewodów near the Ukrainian border, initially suspected to have been a Russian missile strike, prompted fears it would draw NATO into the Russia’s war with Ukraine. The next day, however, top Polish and NATO officials, said they believed an errant Ukrainian air defense missile might’ve been responsible. A top Ukrainian official said over the weekend it was “important” to await the results of an investigation.

Either way, while noting that it is “our utmost responsibility that NATO does not become part of the war,” Lambrecht said the event showed that NATO needed to improve its air defenses.

“This is especially true with regard to NATO partners such as Poland, Slovakia and the Baltic states, which directly border Russia and Ukraine,” Lambrecht told the newspaper. “We are already in Slovakia and we want to extend our presence at least until the end of 2023, possibly even beyond.”

Christian Thiels, a spokesman for the German Ministry of National Defense, was quoted in Polish media as saying that assistance for Poland could be provided at any time. While it’s unclear how Germany would rotate the defenses to Poland, the German Air Force’s Flugabwehrraketengeschwader 1 (Air Defence Missile Wing 1) “Schleswig-Holstein” is equipped with the 12 Patriot air defense missile system, two of which are deployed to Slovakia. In addition, two US Patriot batteries, from the Rhine Ordnance Barracks in Germany, are already stationed in Poland.

As for fighters, German authorities told Poland they could strengthen the air policing mission with the Luftwaffe’s (German Air Force) Eurofighters. “These jets have speed, firepower and agility, which allows them to react quickly to threats. They can be scrambled at any time, and patrolling Alliance airspace, operating from the German Air Force bases,” Thiels said.

But he added “that no decision was made regarding the number of Eurofighters that would patrol the Polish airspace.” The number, he said, “will be fully sufficient to effectively strengthen the control [of the airspace].” The German jets would return to Germany after each mission.

Since August, the Italian Eurofighter detachment Air Task Force “White Eagle,” deployed to Malbork in northern Poland under NATO’s enhanced air policing mission, has augmented the Polish Air Force F-16 and MiG-29 fighters and US Air Force F-22 Raptors, based at Łask air base in central Poland, as well as other NATO fighters deployed to Lithuania and Estonia.

Germany’s assistance with the Patriots may be temporary, as by the end of 2022, the Polish army is set to be equipped with two of its own Wisła (Patriot) batteries (16 launchers). Completion of the System Integration Checkout process, which is planned for the second quarter of 2023, will be a milestone to achieving Initial Operational Readiness for the Wisła system units.

Bump Stock Bans May Be the First to Fall After Bruen