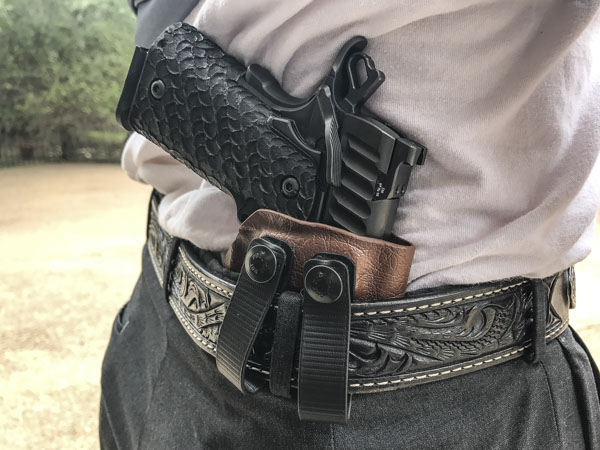 I write about armed self-defense every week. We record these news stories and the discussion of them on the Self-Defense Gun Stories podcast. This week’s were amazing in that they went from the typical to some that sound like scenes from an action movie.

The common theme across all of them is ordinary people saving lives, including their own. As simple as these stories may sound, there is a lot we can learn from them.

Text of the discussion is at the episode webpage. Please leave me a note and tell me what you think.

Birmingham, Alabama: Do you have a firearm nearby at night?

You’re at home asleep. It is almost 1:00a when you’re woken up by the sound of splintering wood and a sliding window. Someone is breaking into the back of your home.

You get out of bed. You’re a woman and you bring your gun with you when you leave your bedroom. You see someone climbing into your house through a window. You shoot at them twice and they climb back outside. You stop shooting. You back up and call 9-1-1.

You ask for the police and put your gun away when officers arrive, and you give them a brief statement.

Police then get another call from a gas station several blocks away. There’s a man lying on the ground outside with a gunshot wound to his chest. Police and EMS respond to the scene. They transport the attacker to the hospital where he dies about two hours later.

You are not charged with a crime.

Katy, Texas: Are your doors locked at night?

You’re at home on a Friday with your mom and your adult brother. You hear shouts outside your door at 11:30p. There are a number of voices shouting that they’re the Houston Police, telling you to open the door.

Before you get there, two men break down the door and enter your home with guns drawn. They’re wearing uniforms and the first one is shooting wildly. You duck.

The attacker who is shooting hits his armed partner from behind. That causes the partner who wasn’t shooting to drop his gun. You pick up the intruder’s gun and shoot at the first intruder who’s still armed. You hit him at least once and he falls.

Now the wounded intruder who dropped his gun runs from your home, so you stop shooting.

You don’t chase the attackers down the street. One of you calls 9-1-1 and asks for help. You put the gun down when the police arrive. The police come inside and EMS declares your attacker dead at the scene. Each one of your family gives a statement to the police.

You are not charged with a crime.

Warner Robins, Georgia: Are you armed when you stop to get your oil changed at Walmart?

You and a friend are at a Walmart on a weekend getting the oil changed in your truck. You hear a child scream in fear. You turn and see a stranger grabbing a child out of a car and dragging him towards the woods.

For a second you think the man is taking the child to the woods so the child can go to the bathroom, but the child keeps screaming. You and your friend run after them. You see the man on top of the child and his hands are around the child’s throat.

You’re armed. You present your firearm and order the man to stop. You and your friend grab the child. Someone calls 9-1-1. You put your gun away when the police arrive. They arrest the attacker and take the child into protective custody. The attacker is arrested and charged with aggravated assault and cruelty to a child.

No shots were fired. You aren’t charged with a crime.

Seattle, Washington- Are you armed as you drive for a rideshare company?

You’re driving your van for Uber. You are going down a six-lane street in the city of Seattle when you see a woman sitting in the center of the road. That doesn’t look right. You don’t see a disabled car nearby and the woman looks injured.

Other people drive right by, but you stop. Some of her clothes are missing and what she’s wearing is torn and dirty. You’re worried for her safety so you ask the woman if she needs a ride. She gets into your van.

A man then drives up behind you and starts shooting at your van. You shoot back, and then call 9-1-1 and drive onto the highway to lose your attacker. You turn off the highway to meet police at a nearby gas station.

You turn the injured woman over to the Seattle police and Washington State Police. She was escaping her abuser who was a pimp and human trafficker, selling her for sex with strangers.

Police arrested the pimp who shot at you. He was trafficking at least three other women. Your passenger is taken to the hospital for treatment of broken ribs from a beating and a broken leg and ankle that she suffered as she escaped.

It’s been a busy week.

This article originally appeared at Slow Facts and is reprinted here with permission.

The Importance of Silence After the SHTF