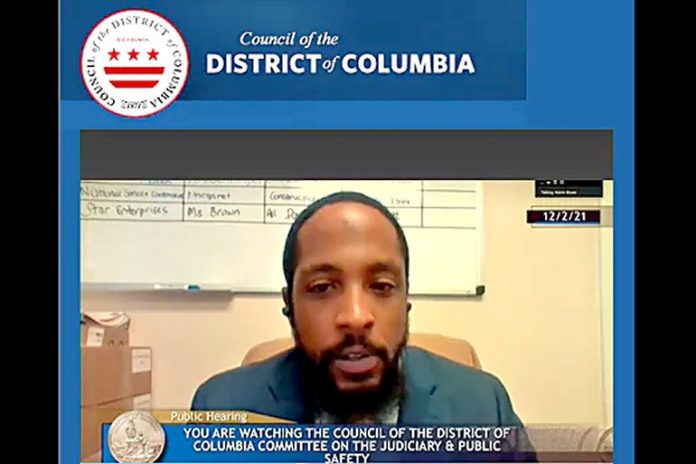 Despite a mountain of gun control laws in Washington, D.C., a man driving a stolen car didn’t have any compunction about packing an illegal gun too. What’s more, after colliding with a “social justice advocate” at 5:30 a.m., the driver of the boosted car didn’t hesitate to use it to kill Kevin Blowe.

The case grows more interesting as it turns out that the deceased social justice warrior also ignored D.C.’s extensive gun control laws and was illegally carrying a gun, too.  Cops found it next to his body.

Meanwhile, the Washington Post, not wanting democracy to die in darkness, portrayed the convicted criminal who was in illegal possession of a firearm as some sort of local folk hero.

In December, the 32-year-old infused his personal story into an esoteric D.C. Council hearing on the topic, testifying that his travels through the criminal justice system put him in contact with people convicted on facts that “were essentially identical, but were somehow charged differently.”

Blowe never got to see the results of his advocacy. He was fatally shot early Tuesday by a gunman who, according to police, emerged from a stolen car after a crash with Blowe. Authorities said they believe Blowe also possessed a weapon, as they recovered a gun next to his body.

Blowe was apparently slower on the draw that his killer.

Hours after the shooting, the D.C. Council unanimously passed the bill about which Blowe had testified.

“It is very difficult to accept that someone who survived the worst of what we have to offer — sent off to the military, sent off to prison — couldn’t survive living on the streets of D.C.,” said Patrice Sulton, a civil rights lawyer and executive director of the DC Justice Lab. “He dedicated himself to preventing the exact kind of harm that befell him.”

What the Post is too squeamish — or politically correct — to admit is that Kevin Blowe died just like he lived, as a common criminal. The fact that he was clever enough to adopt the mantle of wokeness and lobby the city council to further decriminalize violent crimes in D.C. doesn’t make him some sort of patron saint of civic virtue.

That’s right, the bill Blowe lobbied the City Council for reduced the maximum penalties for violent crimes like carjacking, burglary and robbery. Also from the WaPo . . .

The D.C. Council unanimously approved a major overhaul of the city’s criminal code Tuesday, despite objections from Mayor Muriel E. Bowser (D) and law enforcement leaders over certain aspects of the legislation.

If Bowser signs the bill, it will eliminate most mandatory minimum sentences, allow for jury trials in almost all misdemeanor cases and reduce the maximum penalties for offenses such as burglaries, carjackings and robberies. The law will not take effect for three years to give the courts, police and other groups time to prepare for implementation, officials have said.

At some point, Americans who live in blue cities will have had enough of soft-on-crime policies and the carnage they create. Some day these voters will start voting their self-interest, replacing criminal-coddling politicians with those sporting law and order policies.

In the meantime, look for more memorials of sainted criminal justice reform advocates.

Attempted murder suspect freed from jail after allegedly plowing through 25 LA sheriff’s recruits and leaving behind ‘bodies everywhere, bones sticking out and bleeding’