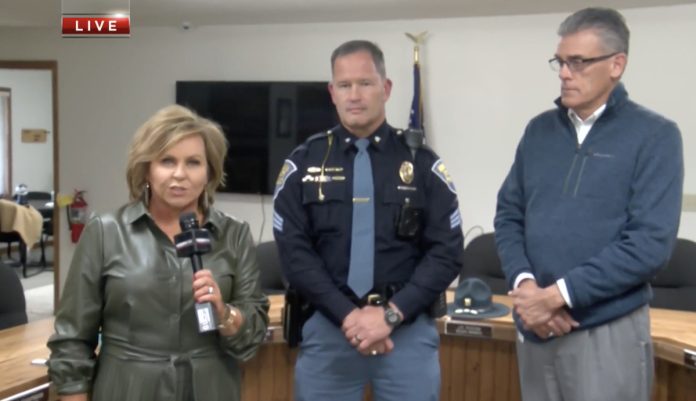 On November 17, around 9:30 am, a 19-year veteran with the Vermillion County Sheriff’s Office discharged his service weapon hitting and injuring a student.

South Vermillion High School was having a class take place teaching students how to be officers when the incident occurred. The scenario for the class included a “bad guy” drill with Deputy Tim DisPennett in attendance

DisPennett unintentionally fired his gun and hit a student. The student was taken to Terre Haute hospital to be treated. The student had non-life-threatening injuries.

“We will be talking to every student that was inside of the classroom. We will also be speaking with the deputy instructing the class, and we have crime scene investigators going through the classroom taking all the evidence,” said Sgt. Matt Ames from Indiana State Police, according to WTHITV.com.

As with any discharging of a gun or shooting, the school building remained on lockdown while EMS personnel worked on the scene.

The Superintendent of South Vermillion Schools, Dave Champman, shared that the course is a law enforcement course hosted at other schools as well.

“This is the third or fourth year that we have had this class,” Chapman told Fox 59. “It’s very popular not only with our students but also the North Vermillion and Parke County students as well.”

Chapman added that normally plastic (dummy) guns are used as part of the class, “In this situation, it was a mistake that was made, on behalf of the sheriff’s deputy.”

DisPennett was placed on administrative leave by the Indiana State Police, and normal school activities have resumed at South Vermillion High School.

Sgt. Ames indicated that the investigation is ongoing. It’s unclear at this time if charges will be filed.

“We’re doing interviews with all the students who were present in the room,” Sgt. Ames explained. “We’ll be interviewing the deputy that was involved in the situation. Once that’s completed the crime scene investigators will go in, take all the information, and at the conclusion of the investigation it will be turned over to the Vermillion County Prosecutor’s Office for review.”

Getting Started in CMP Service Rifle Competition -The Firearm Blog

Sentinel and Raider: Where these two legs of the nuclear triad stand today