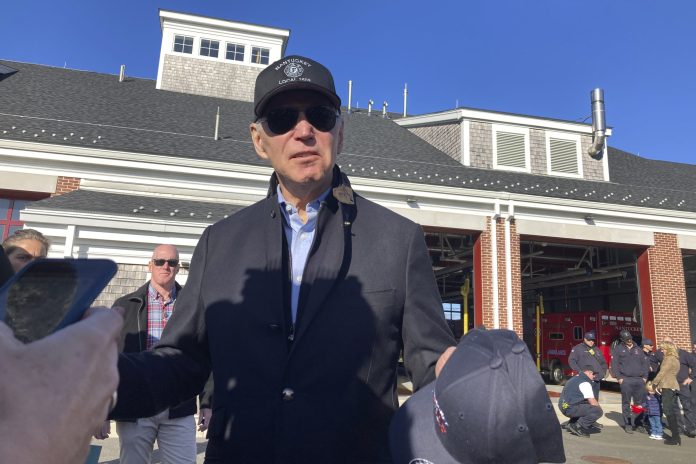 THE PRESIDENT:  Happy Thanksgiving to all.

Look, the idea that we’re not enforcing red-flag laws, period, just based on knowledge, not on parents saying or a loved one saying you should arrest this person now for his own sake, is ridiculous.

We got one of the first red-flag laws in the state of Delaware, and my son Beau was the one enforcing it.  And it made a lot of difference.  It saves lives.  So that’s number one.

Number two, the idea — the idea we still allow semiautomatic weapons to be purchased is sick.  It’s just sick.  It has no, no social redeeming value.  Zero.  None.  Not a single, solitary rationale for it except profit for the gun manufacturers.

Q    Can you do anything about gun laws during the lame duck, sir?

THE PRESIDENT:  I’m going to try.

THE PRESIDENT:  I’m going to try to get rid of assault weapons.

THE PRESIDENT:  I’m going to do it whenever I — I got to make that assessment as I get in and start counting the votes.

The Deer Woods Reacts To Our Rain Spell – Bowhunting.Net